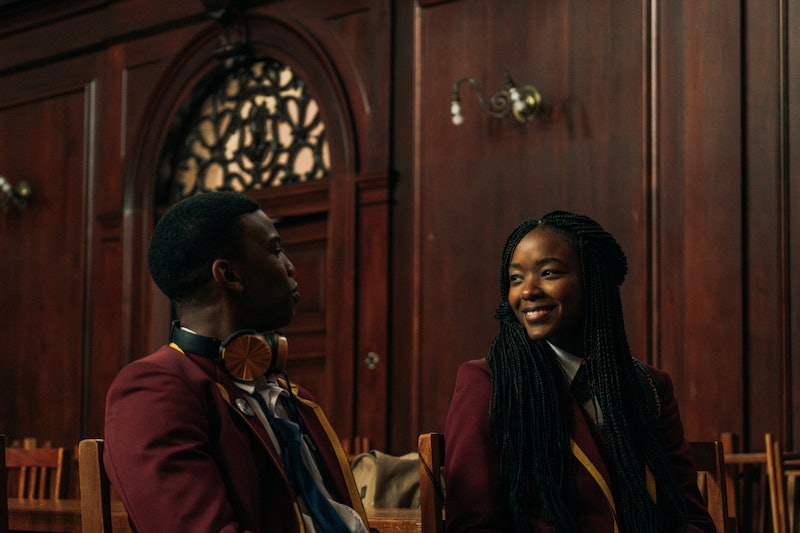 The six-episode series centers on 16-year-old Puleng Khumalo (Ama Qamata) and her search for her older sister, who was abducted at birth 17 years earlier. As part of her quest to crack the cold case, Puleng transfers to the fictional Parkhurst College, where she meets fellow student Fikile "Fiks" Bhele (Khosi Ngema), whom she suspects may be her missing sister.

Although Blood & Water isn't billed as based on a true story, the real-life case of Miché Solomon, aka Zephany Nurse, has undeniable parallels. In 2015, Cassidy Nurse enrolled in Cape Town's Zwaanswyk High School, where she met and felt an instant connection with the almost identical-looking Miché. "I almost felt like I knew her," Miché told the BBC in 2019. "It was so scary — I couldn't understand why I was feeling like this."

After suspicions began to mount, a DNA test later revealed that Miché was actually born Zephany Nurse, Cassidy's sister who was abducted from a Cape Town hospital when she was three days old. Police arrested Lavona Solomon, the woman Miché had grown up believing was her mother, on charges of kidnapping and fraudulently claiming to be the mother of a child in 2015. During her trial, Lavona denied any wrongdoing, claiming she had adopted the baby legally.

Given the evidence against her, including eyewitness testimony, Lavona Solomon was convicted and sentenced to 10 years in jail for kidnapping, fraud, and violating the Children's Act in 2016, per the BBC. Once she turned 18, Miché ultimately decided to remain living with her adoptive father, Michael Solomon, and kept her name.

"I think I hated Zephany in the beginning," Miché added in the BBC interview. "She came with such force, such an uninvited invitation, so much suffering and so much pain. But Zephany is the truth and Miché, the 17-year-old girl that I was, she was a lie. So I've managed to balance both names. You can call me Zephany or Miché, it's fine."

Although Cassidy never transferred to a ritzy private school specifically to find her sister the way the Blood & Water character Puleng does, the reunion of a young woman with her kidnapped 17-year-old sister in Cape Town very well could have been ripped from the headlines.