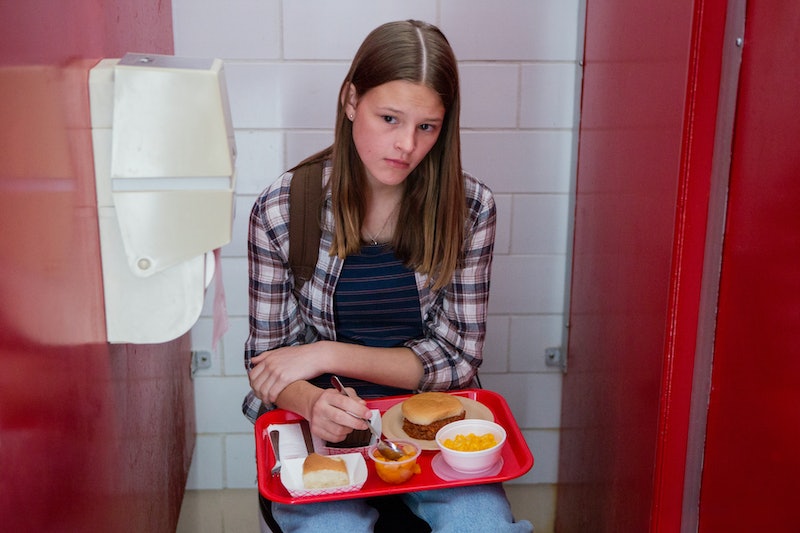 Netflix's newest throwback series comes on the heels of Stranger Things, which took us all the way back to the glorious 1980s. With Everything Sucks! the streaming service explores the experience of attending high school in the 1990s, an experience that plenty of people know very well, even if they would perhaps like to forget some of it. A show like this is likely rooted in a very specific reality, so is Boring High School from Everything Sucks! a real school?

First and foremost, Boring, Oregon is definitely a real town. The name isn't just a heavy-handed creative choice, though the decision to set the show there kind of is — Boring exists about 40 minutes east of Portland, and according to the Oregonian, the production did film scenes for the show in surrounding areas near Boring. As far as the school goes, there is a Boring Middle School, according to links found on the town's website, and that middle school is part of the Oregon Trails School District. The high school its students subsequently attend exists in a neighboring down, and is called Sandy High School. So, alas, there does not appear to be an actual Boring High School. This is probably for the best. I mean, could you imagine trying to conduct a classroom as a teacher when your school is literally called Boring High School? My goodness.

It's not really a surprise that Everything Sucks! took a little bit of creative license here, fudging the facts a bit to create a fictional Boring High School for the sake of their narrative. That's just what television involves. When first hearing that the name of the town is Boring, some may think that they made up the location altogether, so the fact that there's actually some legitimate place on which the show is based is already pretty cool.

We've seen shows and movies set in nostalgic time periods and within high schools full of misfits plenty of times before — Freaks and Geeks, The Breakfast Club, and Napoleon Dynamite all quickly come to mind. Though the show is set in a very specific place and exists within a very specific time frame, some of the show's cast insist that it's not what defines Everything Sucks!.

"It’s not really a typical coming of age show. This is by teens, for teens. It’s a present to our generation," actor Jahi Winston said at a Netflix press event. "It’s not always that we get to tell the younger generation our story. The only difference really is the period, the ‘90s. These characters are so universal. They transcend through so many decades. I just think it’s important for people to look past the ‘90s thing, especially for teenagers and the kids, because everybody can relate to these characters."

Actor Sydney Sweeney also said that the stories are unique yet universal, and can still resonate with people who aren't familiar with what high school was like during that time. "I think the stories and the characters are characters you can find in today’s world, so everything that they’re going through, everything they went through, are things that kids are going through right now, [that] adults have gone through, so I don’t think it was hard relating to our characters," the actor said at the same Netflix event.

More like this
The 'Kenan & Kel' Reunion On 'SNL' Took A Dramatic Turn, Thanks To Keke Palmer
By Brad Witter
The First Trailer For 'That '90s Show' Includes So Many Nods To The Original Series
By Jack Irvin, Alyssa Lapid and Grace Wehniainen
'Bridgerton' Fans Will Love ITV’s 'The Confessions of Frannie Langton'
By Maxine Harrison
Theo James Revealed The Truth About His 'White Lotus' Nude Scene & Fans Can't Cope
By Stephanie Topacio Long
Get Even More From Bustle — Sign Up For The Newsletter