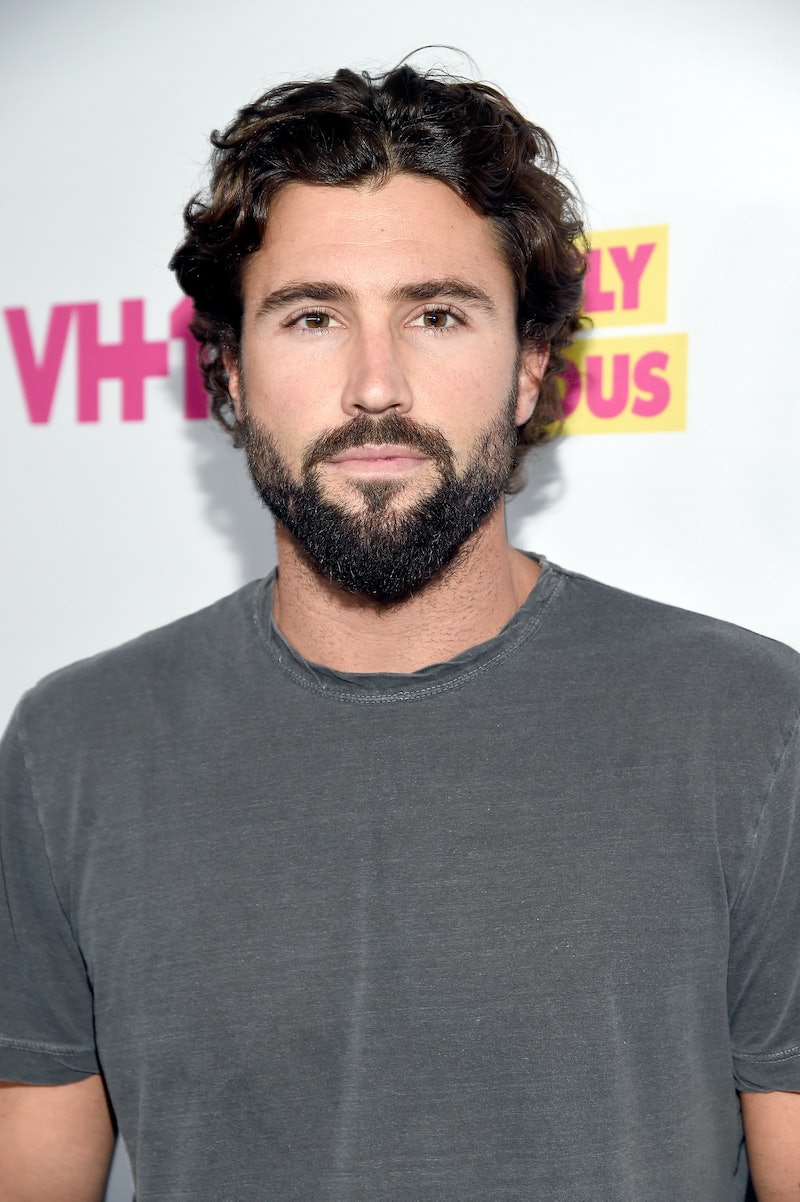 If you haven't heard the news, MTV's once beloved reality series is returning, and it sounds like Brody Jenner is in talks to join The Hills revival. According to The Hollywood Reporter, the former reality star and his wife, Kaitlynn Carter, a blogger and model, are both currently in negotiations to join the cast of The Hills: New Beginnings. THR reported a "source close to the revival" said, "Everybody wants Brody to come back. He was such a big part of the show. It truly wouldn't be the same without him."

Regarding Jenner's status, a source claimed to Entertainment Tonight on Aug. 22, “Brody and Kaitlynn’s participation not only depends on the deal, but very much the creative of the show especially considering that Lauren Conrad is not participating."

According to E! News, MTV really hopes Jenner joins New Beginnings. "MTV wants Brody," a source dished. "Without Lauren Conrad especially, the show needs Brody. He was the male lead of the show." The source added, "Brody is potentially interested and is currently in discussions with MTV."

Jenner has yet to publicly comment on the revival, so who knows where he really stands. It wouldn't be a huge stretch to see the 35-year-old appear on reality TV again. After The Hills, he made appearances on Keeping Up With the Kardashians and Kourtney & Kim Take New York. He was also in an episode of I Am Cait, his parent Caitlyn Jenner's former E! reality series. He also had his own short-lived talk show on E! called Sex With Brody, which was an offshoot of his podcast of the same name. So, yeah, Jenner is no stranger to the reality TV world.

That said, Jenner admitted he didn't like living a fake life on The Hills, which many members of the show have said was mostly scripted. Of course, New Beginnings could be a totally different show and environment. In July 2015, he told Yahoo Style (via Too Fab),

Who knows if he will really return to his old roots, but it seems like many other OG members are ready to do exactly that. During the 2018 MTV Video Music Awards on Aug. 20, several members from The Hills reunited on the pink carpet. Spencer Pratt, Heidi Montag, Audrina Patridge, Justin Bobby, Stephanie Pratt, Jason Wahler, and Frankie Delgado all walked the carpet together. Later that evening, a teaser for The Hills: New Beginnings dropped confirming the revival. Ever since the news became official, fans have been eagerly been awaiting news about the cast.

A cast list hasn't been announced, but, according to People, The Hills stars who attended the VMAs are all returning. Oh, and Whitney Port confirmed her return on Instagram on Aug. 21. However, People reports Lauren Conrad is not joining the revival. It appears the same can be said for Kristin Cavallari, whose E! reality show, Very Cavallari, scored a Season 2 renewal on Thursday. And based on a recent chat with Us Weekly, Lo Bosworth seems to have zero interest in the reality TV life.

Even though Jenner's status remains unknown, there's always a chance he could join the series as a regular or simply just show up every now and again. Hey, that would be better than nothing.