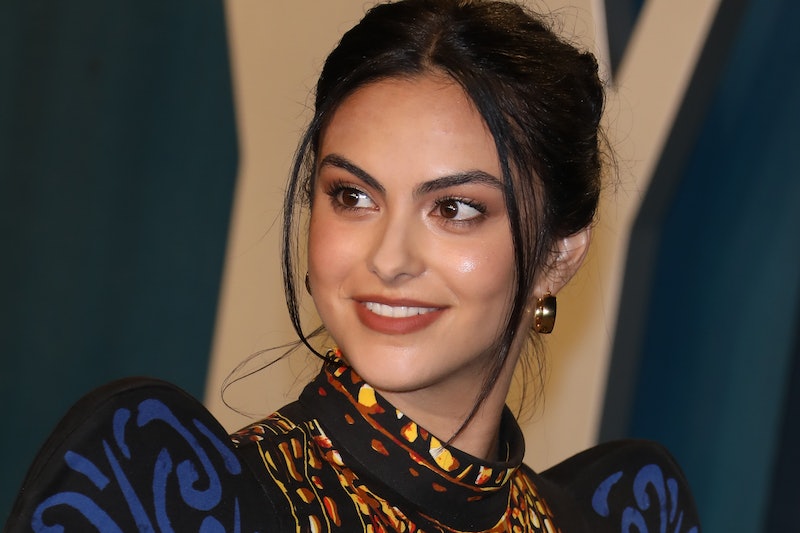 Riverdale is a romance-heavy show populated by extremely good looking people, so it came as no surprise when a few of the cast members took their relationships offscreen. Star Camila Mendes, who plays Veronica, was one of two power couples to emerge from the show. But is Camila Mendes dating anyone in 2020?

Mendes and costar Charles Melton, who plays jock Reggie, made their relationship public in October 2018, when Mendes posted confirmation to her Instagram. There were plenty of adorable photos, and the couple even went on a Melton family trip together to South Korea.

In August 2019 the couple seemed to still be going strong, with each posting cute one year anniversary photos. And yet by December 2019, E! confirmed the couple had split several months earlier. "They are taking a break from their relationship," said an unnamed source. "Their relationship escalated very quickly and they are taking time now to focus on their work and themselves." The source also said things remained absolutely professional on the set, with the split not affecting the now former couple's working relationship.

Since the split was announced, Mendes been laying low and hasn't been rumored to be dating anyone. Yet she's been in a deeply committed relationship since November 2019. The lucky gal is her rescue pup, Truffle. Mendes first posted about her Maltipoo on Instagram in November 2019 writing, announcing "I am officially a dog mom." Since then her timeline's been filled with adorable pictures of Truffle.

On March 22, Mendes encouraged her followers to consider fostering a dog during quarantine. "My cuddly lil quarantine companion. don’t know what i’d do without her. pls consider fostering a furry friend with all this time you’re spending at home! i adopted truffle from @thelabellefoundation in LA but you can just reach out to your local animal shelters and see how you can help," she wrote on Instagram.

In the case of Mendes and Truffle, this seems to be one relationship that will definitely stand the test of time.