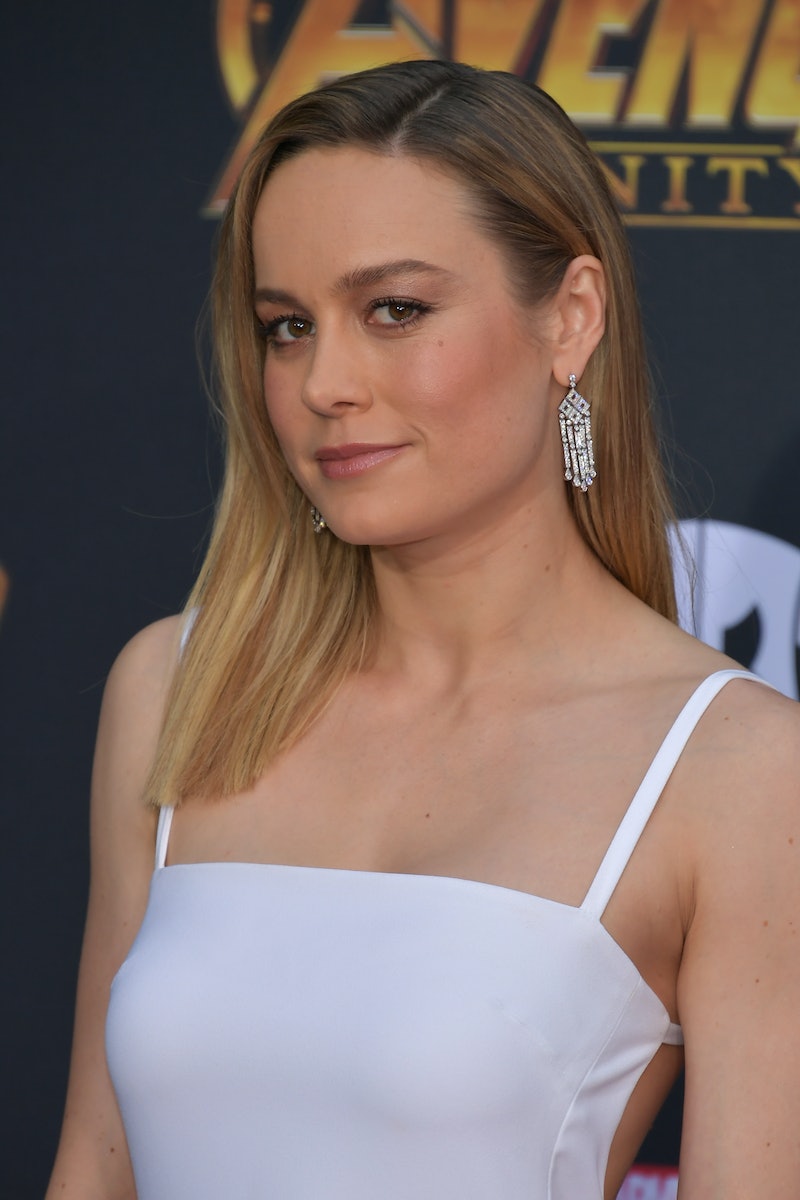 Spoilers ahead. Though they're Marvel's premiere super-super group, even the current Avengers assembled couldn't stop Thanos from wreaking havoc in Infinity War. In a last-ditch effort to save Earth, Nick Fury reached out to a mystery hero, now revealed to be Captain Marvel. Fury held off until the last possible moment to contact her, which begs the question: is Captain Marvel really the most powerful Avenger, and the one actually able to bring down Thanos?

Over the course of Marvel's many movies, the Avengers team has included a pretty broad set of heroes, including mecha-men, assassins, chemically-enhanced supermen, and several gods. So how does Captain Marvel stack up against the squad? Well, the woman also known as Carol Danvers, who took on the title of Captain Marvel after an alien attack merged her already top-notch combat soldier and pilot with alien Mar-Vell's Kree DNA, has plenty of powers. They include the ability to fly unimpeded even through the vast wastes of space, to heal rapidly and shoot blasts of energy from her hands, and possibly key to how she fits in to the upcoming Avengers film, the power of Cosmic Awareness.

Unlike Iron Man or War Machine, Carol's powers are innate; no power outage or mechanical damage will slow her down. She's already got Hawkeye and Black Widow beat, combining the intelligence and stealth of the top-notch spies with enhanced physical abilities. When it comes to pure strength, Thor and the Hulk might give her a run for the money; all three are extremely difficult (if not impossible) to kill or even injure, and their durability allows them to deal with environmental dangers that would wipe their teammates out.

Unlike Thor, Marvel can't lose her powers if she loses her accessory, as they're baked right into her DNA. And though, like Hulk, she has a duality that's the source of her strength, unless another superhero actively drains her power (an ability she herself has to boost her own strength), Marvel normally doesn't have to worry about reverting to a weaker form. She did in fact revert to "just" Carol Danvers at one point in the comics, but even then retained her Kree-hybrid enhanced powers, losing only her larger connection to the universal undercurrents.

Though her current comics slap the label "Earth's Mightiest Hero" at the top of each issue, MCU mega-producer Kevin Feige has bigger, more cosmic plans for both Marvel and the as-yet unannounced Phase 4 of Marvel's on-screen universe. In an interview with Vulture, Feige minced no words, saying "she is as powerful a character as we’ve ever put in a movie. Her powers are off the charts, and when she’s introduced, she will be by far the strongest character we’ve ever had." Still, a flawless superhero would make for a boring movie, and Feige was careful to note that “It’s very important to us that all of our heroes do not become silhouette-perfect cutout icons.”

So what exactly is Cosmic Awareness, and how does it make Marvel more powerful than even the gods of Asgard? Going beyond a sixth sense, Cosmic Awareness is a sort of "seventh-sense", a hyper-awareness and precognition that lets Captain Marvel not only see her foes immediate next moves, but the larger repercussions of every event in the fate of the universe. She's one of the few super heroes, along with Doctor Strange, who can navigate Exo-Space, the world between worlds and universes.

Topping even Strange, Captain Marvel may have the ability to manipulate the fabric of reality itself with her ability to see how events will alter the universe, changing outcomes and moving between realities to see the full universal picture. That's a major power that could just as easily destroy a universe as save it with the wrong move. Maybe that's why Fury waited so long to call in this particular Avenger into the fight.

More like this
Everything To Know About 'The Hunger Games' Prequel Movie
By Grace Wehniainen and Radhika Menon
Jennifer Coolidge Just Said The Most Controversial Thing About Legally Blonde’s “Bend & Snap”
By Maxine Harrison
Taylor Swift Wanted To Be In 'Twilight: New Moon,' According To Its Director
By Grace Wehniainen
Jonah Hill Explains How His Anxiety Attacks Will Change The Rest Of His Career
By Grace Wehniainen
Get Even More From Bustle — Sign Up For The Newsletter