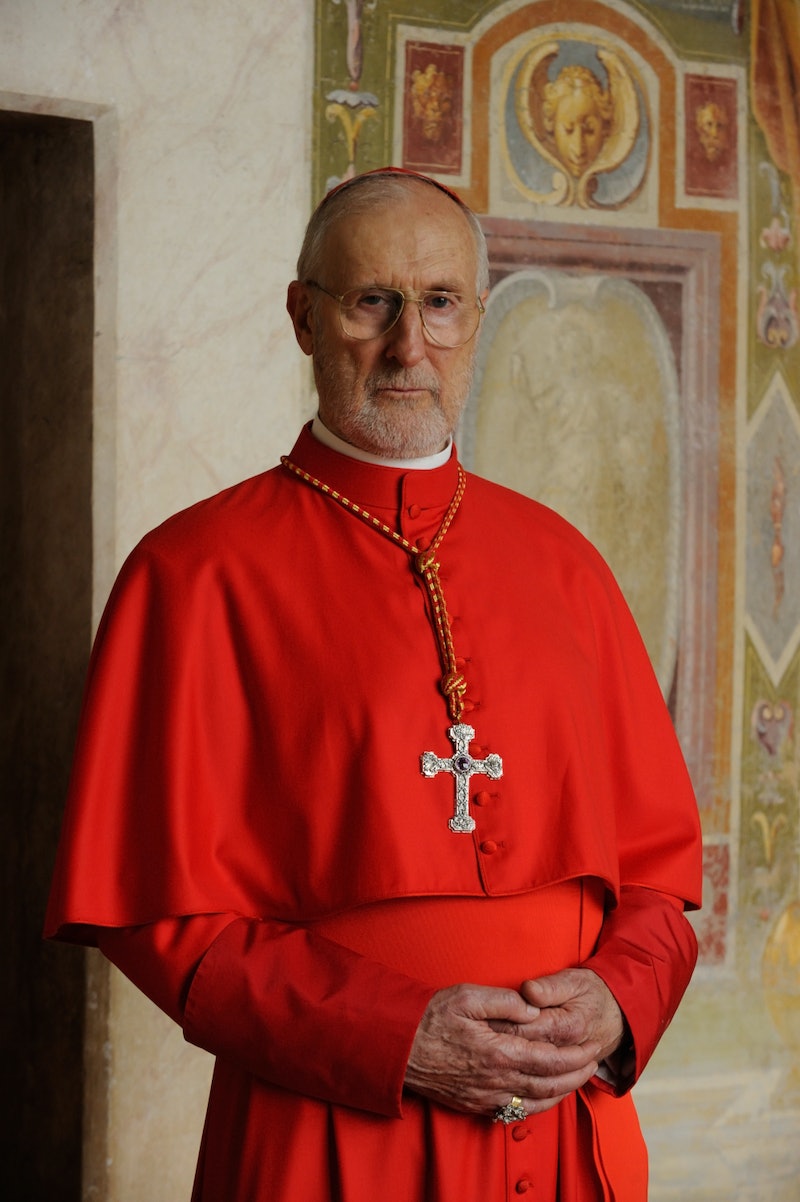 HBO's newest drama series centers on one man, The Young Pope. The entire Vatican is shaken up by the instillation of Pope Pius XIII, an American Pope played by Jude Law who is as close to a "bad boy" as you can be while still being the Pope. What's odd about Pius XIII's position as may not be how untraditional he is, but how traditional those around him are, including his former mentor Cardinal Michael Spencer. The Cardinal's traditional belief in what the papacy means is in direct conflict to Pope Pius XIII. While the show suggests an odd circumstance, is there a chance that the position and beliefs of Cardinal Michael Spencer are based on a real person?

Much of The Young Pope uses the real structure of the Vatican and Catholic hierarchy to tell a fictional story. For instance, there has never been an American Pope, and the last Pope to be younger than Pope Pius XIII was Pope Clement VII in 1478. However, there is a real person in the role that Cardinal Michael Spencer held before he located to the Vatican. The fictional Spencer was the former Archbishop of New York, which in real life is a position currently held by Timothy Michael Dolan.

The position of Archbishop of New York is a powerful one, and Dolan himself was named on of Time's 100 most influential people in 2012. Dolan presents himself as a jovial figure, giving charismatic interviews and reaching out to others. Dolan is also a notable conservative figure. In 2014, he told CBS' Face the Nation that businesses should be able to deny health insurance coverage of birth control to employees if it goes against the owner's religious beliefs when "all you have to do is walk into a 7–11" to buy contraceptives.

Conservative politics are likely the only connection between Dolan and the fictional Cardinal Spencer. By the time he is seen in The Young Pope, Spencer carries himself more like an angry, disappointed football coach than the Catholic Santa Claus personality that Archbishop Dolan embodies. It's nearly impossible to image the upbeat Dolan saying something as severe as, "You'll be a terrible pope. The worst. And the most dangerous in modern times, and I don't intend to waste the few years I have remaining being an accomplice to a vindictive little boy," as Spencer does in the series.

The Young Pope doesn't attempt to root itself too deeply in reality, often going for a more surreal approach to the papacy and those affected by the most powerful Catholic on Earth. As such, the creators of the show seemed to use Cardinal Spencer's history as Archbishop of New York to establish his experience and reputation, rather than making any kind of commentary on the actual man currently in that role. Perhaps we'll hear what Dolan thinks about this fictional Archbishop of New York once The Young Pope premieres on Jan. 15.