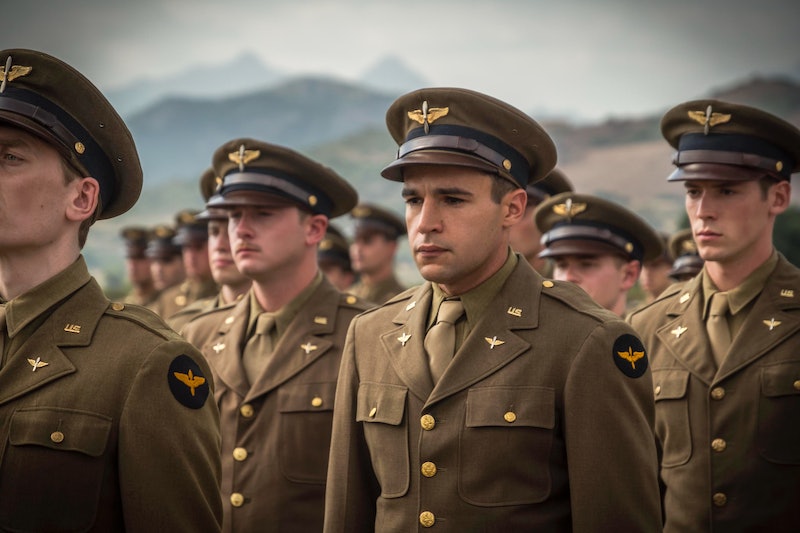 Notorious for being an "unfilmable" novel, Joseph Heller's Catch-22 is finally getting the TV treatment. Debuting in late May on streaming service Hulu in the States, British viewers will finally get to watch the six-part series tonight which has already been favourably received, with The Guardian regarding it as a series that "is successful in almost every way." Clearly, the hype is real, but a series based on a nearly 60-year-old book is bound to raise some questions regarding Heller's satirical depiction of World War II. So is Catch-22 based on a true story, or is it purely fictional?

Published in 1961, Catch-22 follows Captain John Yossarian, a bombardier in the U.S. Air Force "who is furious because thousands of people he has never met are trying to kill him," as iNews aptly sums up. You see, Yossarian is caught in a conundrum, which Heller describes as a 'catch-22'. He wants to avoid the increasing barrage of missions by "declaring insanity", but because "a man is considered insane if he willingly continues to fly dangerous combat missions", if he were to request to be removed from his duty it would be "evidence of sanity and therefore makes him ineligible to be relieved from duty." Basically, it's a complicated, paradoxical Groundhog Day loop of decision.

And it's not far from the truth, either. Despite the story and characters of Catch-22 being entirely fictional, the story is thoroughly inspired by Heller's life and his a career as a bombardier in the U.S. Army Air Corps. Joining at age 19 in 1942, Heller was stationed on the Mediterranean island of Corsica where "he flew 60 combat missions as a B-25 bombardier," as iNews reports. In the book, the Italian island of Pianosa serves as the military base, and according to The Telegraph, the fictional characters synonymous with the novel were based on captains, superiors, and bunkmates Heller was with during his time on duty.

Catch-22 may not be a direct memoir or recollection of what Heller was exposed to during World War II, but it does draw upon the author's "own response to war, where sanity is the worst way of surviving an insane world." Heller also told Playboy in 1975 (via The Telegraph) that despite his experiences, the novel wasn't explicitly based on the war he took part in. "Catch-22 wasn't really about World War II," he said. "It was about American society during the Cold War, during the Korean War, and about the possibility of Vietnam."

And even now in 2019, the themes of anxiety and tension are as relevant as they were in the early '60s. "Just on a daily basis, in the times that we're living in, I think that these are pretty anxious times," director and producer Grant Heslov told film review site IndieWire. "Just trying to get through to your telephone company without having to go through 20 minutes of craziness, you know — put in your PIN, but if you don't know your pin... I think it's there's a lot for people to tap into."