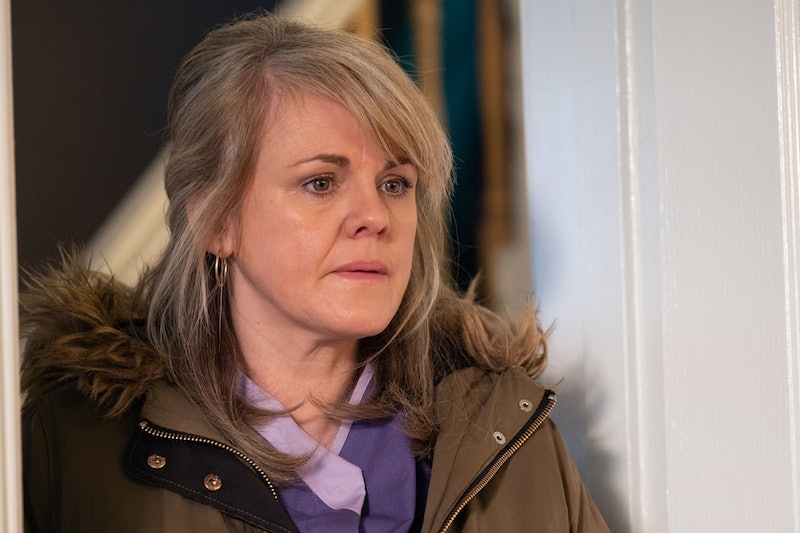 Whether you're a fan of the cold or not, it's the perfect time to curl up on the settee in bundles of blankets to catch up on some quality telly. And since Christmas is only five weeks away, a bunch of new shows are making their debut including an original Channel 5 drama starring Sally Lindsay. The series follows a mother as she experiences the ramifications of a scam over the phone, but is Cold Call based on a true story?

It seems that the series is based somewhat in truth, but more so in the experiences that real people have had with phone call scams. "Drama is factual — the best drama is," managing director and producer of the series Mike Benson said during a screening (via C21Media). "A lot of dramas you see at the moment have got a cultural reference point at the heart of it, and that gives you an entry point as an audience member."

"Obviously drama is an interesting place to be at the moment and C5 is one of the most exciting channels in that respect, and in terms of the risks it takes." Bustle reached out to a rep for the show, who tells us that Cold Call is not based on a true story.

Actor Sally Lindsay (who plays June) also had a similar experience to her character a week before filming, as the Mirror reports. "I got a call from what I thought was the gas board. This guy was telling me because I hadn't paid the bill, I was going to be given a county court judgement and be cut off," she said. "Even though I knew it was paid, I was listening and half of me was believing him."

"Then the doorbell rang and there was someone at the door so I said, 'I'll ring you back...' and the line went dead." It certainly put Lindsay in the right frame of mind to portray June, who answers a cold call that puts her family's future in the balance. The four-part drama follows June as she picks up the pieces of the scam, which occurs shortly after the death of her mother.

"I'm incredibly excited to be working with Channel 5 and Chalkboard on Cold Call," Lindsay said in a press statement (via Deadline). "The pitch was a complete page turner, the story jumping off the page straight away." She continued:

"I can't wait to bring this very modern thriller alive; exploring how far a very normal woman will be stretched when she is horribly deceived and her entire life and family are destroyed. I think the subject matter is extremely of the moment with the divide of the haves and have-nots getting wider."