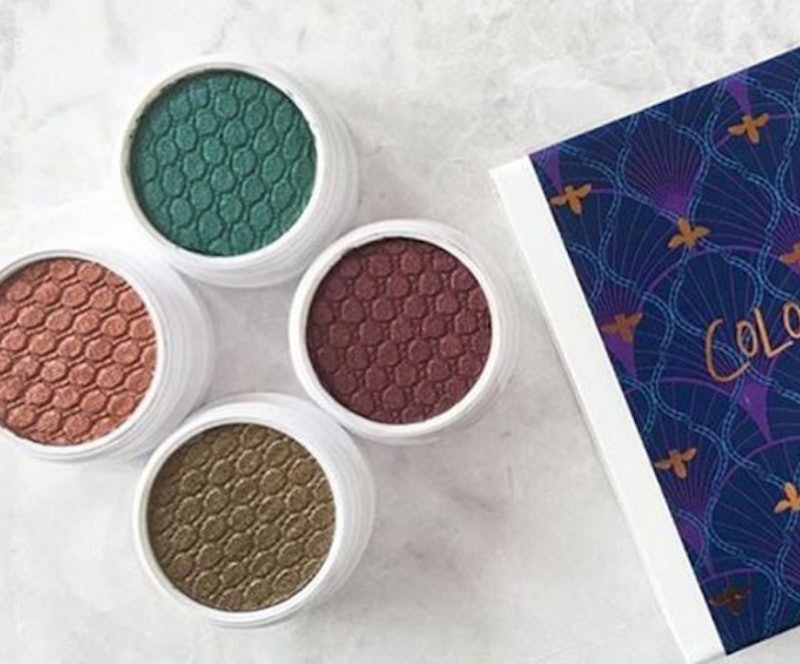 ColourPop Cosmetics have been making some big changes lately. Just this year alone they've had their biggest launch yet with their Pressed Pigments and announced that they'd be discontinuing their Super Shock Bronzers for a pressed formula as well. The big announcement has people wondering if they'll do the same for their eye products as well. Is ColourPop discontinuing their Super Shock Shadows, you ask? Here's everything you need to know.

Not a day goes by that this brand isn't launching or teasing a product, so it can be hard to keep up. Their latest endeavor is their Last Call Sale. They've got over 100 products up for grabs for 20 percent off to make room for their new launches. ColourPop's Sale includes a lot of their Super Shock Shadows, which had some people worried that they'd be leaving the brand's line up. Well, breathe easy, because, unlike their Super Shock Bronzers, this shadow formula is here to stay.

The ColourPop girls took to Snapchat to clear things up for fans, saying that they would never be getting rid of all of their Super Shock Shadows. That means there are likely to be a lot more single shadows in your future. Although odds are they'll be focussing on expanding their new pressed powders for awhile, it's nice to know that they aren't doing away with their beloved OG shadow formula..

Of course, there is one major catch. ColourPop has 19 single Super Shock Shadows and 6 eye sets up for grabs for their Last Call Sale. Once these items are gone, they're gone for good. There's no telling when they'll roll out more shades, so you should probably stock up while you still can.

The Last Call Sale started on Jan. 28, but the company didn't say exactly when it will end. However, it's first come first serve, and unfortunately a lot of the discounted shadows are already sold out. There are still a few sets and singles available though.

All in all, it's pretty great news to hear that they're keeping their Super Shock Shadows around. In my opinion, the more formula options the better!