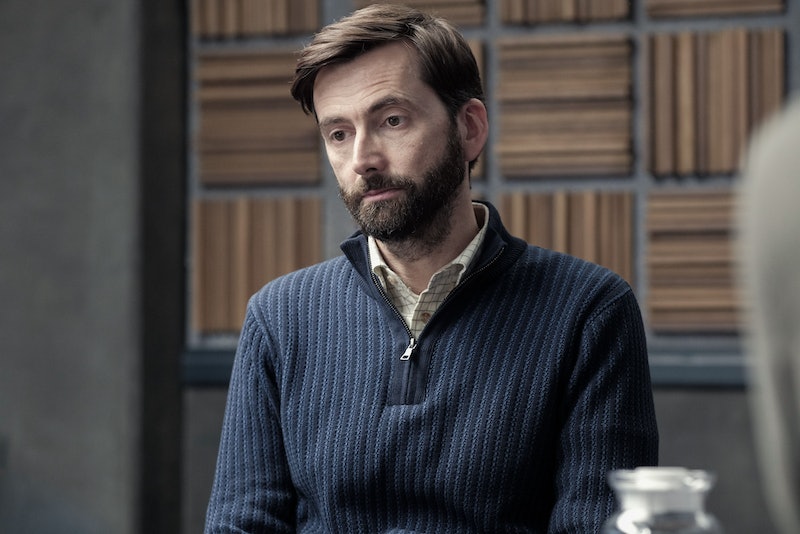 Netflix has become synonymous with all things crime. So much so that every time they pedal out a crime themed production, true crime or fictional, fans get excited AF. Which is to be expected because you guys, they just know how to get us hooked. They're probably most loved for true crime documentary series like Evil Genius and Making A Murderer but this time round it's a new and revolutionary drama called Criminal which is getting all the attention. Seemingly realistic AF it's fair enough to wonder is Criminal based on a true story?

However despite the incredible acting and horrifically believable crimes involved — the show was entirely scripted.

The show comes from the mind of writer and director Jim Field Smith and it's truly unique. For starters, it's set in two locations only — an interrogation room where criminals are grilled about potential links to crimes, and an adjoining observation room where members of the police can watch the interviews taking place. It's also a spot to grab a hot drink during any well deserved breaks.

Such a limited space to film from sounds like it would be a bit of a brain melter but according to George Kay, a showrunner and writer on Criminal, it was actually pretty lit. In an interview with the BBC, he explained: "We were really excited by that constraint, because I think, without being too grand, you don't need any more than three rooms in any kind of drama."

The show isn't just set in a British interrogation room but also ones in Spain, France, and Germany, to offer a unique look at the same experience in different countries. In the interrogation room located in the UK, actors like David Tennant and Katherine Kelly play some of the suspects being interrogated.

Kelly told the BBC how it was strangely liberating to be beholden to so few locations, because it stripped back the production and made it all about the acting. "There's not a huge explosion, or a chase or anything like that. I relish that in the same way that I guess a professional sports man or woman would relish it when it comes to the game. You've done all this practice for years and years, and then it's your turn to step up," she said.

Speaking to Digital Spy, Creator and director Smith echoed Kelly, explaining how unique an experience the production was. She likened it to a stage experience as opposed to a regular TV production.

"As filmmakers, as actors, you're in a really intense setting, not bouncing around all over the place. I think that's why the actors enjoyed the experience of making it, because it's as close to a pure acting experience as you get. Normally on a TV drama you're breaking across multiple days – this was closest to a theatrical play experience," She said.

Something as unique and revolutionary as this production is not to be missed.

unique an experience the production was.