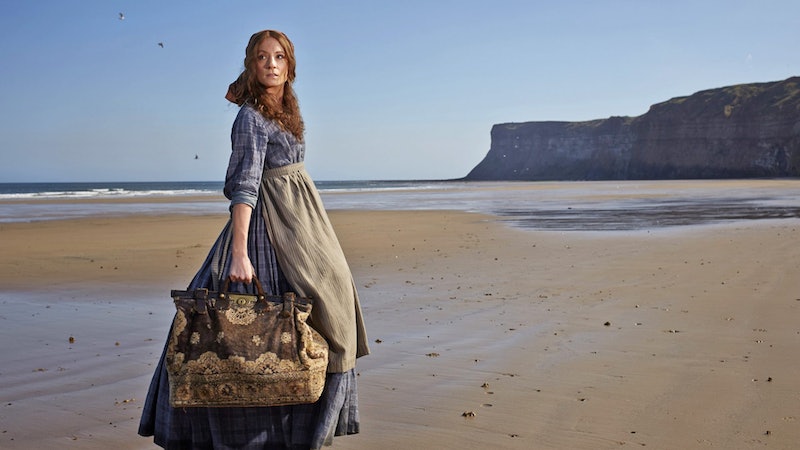 Period dramas are arguably a dime a dozen these days. And TBH it is totally understandably why TV networks pump their budgets into them. Because guys, period dramas are lit AF. Who doesn't love a bit of flouncing around grand establishments in impossibly large dresses., through ornate doorways that must have had to be larger to accommodate said garments? However, period dramas can also get dark and gritty. Like for example ITV's new show, Dark Angel, which tells a truly horrifying tale. So is it historical vibes? Is Dark Angel based on a true story?

Well unlace your boots and loosen that corset, I am about to give you some real talk. Guys this story of a serial killer is very real and very female. Although it is unusual in that the shocking woman element isn't relating to the victims, but the murderer herself. Yes, not only is it based on a true story but this is a rare case of a female serial killer. A female serial killer in Victorian England. OMG, I know, so many boxes ticked RN. There is nothing like a bit of Victorian scaries and cases long enough ago to not feel quite as much agony while watching them. And honestly, the story of Mary Ann Cotton will leave you shook.

Cotton was a woman from West Auckland, County Durham. She taught Sunday-school, was a nurse, wife, and mother. As well as these things, according to the BBC, she is believed to have killed three husbands, ten children, a lover, and her own mother. She murdered via poisoning, using arsenic to kill her victims. A poison which was available to buy over the counter as a household item in Victorian Britain. As the Telegraph reports, it was even used in wallpaper to get the "perfect shade of green." Her motivation was picking up life insurance claims that she had made sure had conveniently been taken out ahead of their tragic deaths.

Growing up in working class Victorian England, death was an ordinary part of life. So someone taking ill and dying wouldn't have been the most shocking or strange thing. Especially in infancy, when the rate of survival was pretty dismal.

Professor of criminology at Birmingham City University, David Wilson, worked as an expert advisor on the show. He spoke to the Radio Times about how Cotton managed to get away with her crimes for such a long time.

He added that in a time before technology, it was as easy as moving a few miles up the road and starting the whole process again.

"And the other thing that helped her was that she regularly moved from place to place. She'd only need to move 15 miles and the people in the new place would have no connection with the village she’d just left".

Cotton is being played by Joanne Froggatt who Downton Abbey fans will recognise as the lovely Anna. So it might be a bit of a shock to see her murdering people. Fair warning.