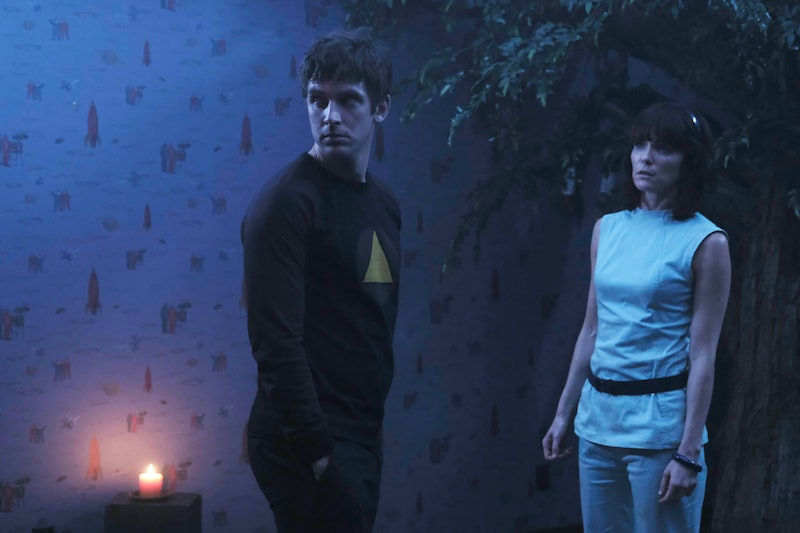 Ah, so this explains why Professor X isn't in residence at Summerland. David is adopted on Legion. That is not what happens in Marvel comics, though fans of the FX series may have already suspected it was the case.

In the comics, David was raised by his mother Gabrielle Haller and his stepfather. He doesn't find out that Charles Xavier is his real father until his mutant powers manifest as a teenager. He also doesn't have any siblings in the comics. On Wednesday's new episode of Legion, it was Amy who told him that he was adopted, though she doesn't know much about his real family except that they were young.

This reveal helps set the series apart from other X-Men movies and comic books, even though they do freely refer to David and other Summerland residents as mutants. This revelation raises a few questions as well. Who is David's real mother? Who is Amy's mother, the woman who adopted him? There's clearly an interesting story to be told there.

Will Xavier ever be alluded to on this series, now that the subject has been breached? It seems to me like he might just remain shrouded in mystery for years. X-Men: First Class has Charles finishing graduate school and publishing a thesis in 1962 — which is very young indeed to have a secret young adult son.

Whatever happens, this opens up a new mystery on Legion. Now, not only can David not trust his own memories, but he also doesn't know who his real family is. As David sifts through his own mind, there are secrets to uncover about his life in the outside world as well.