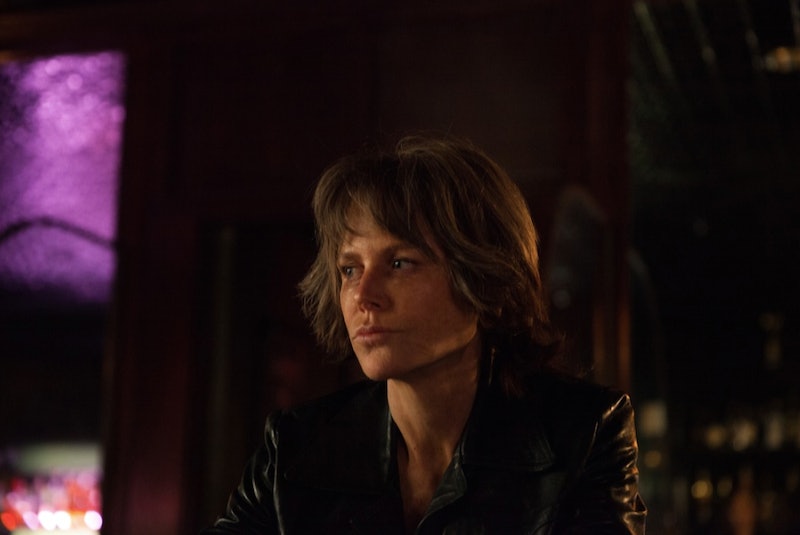 Nicole Kidman has proven herself capable of taking on any role, and Destroyer, out Dec. 25, might be her grittiest one yet. The star plays Erin, an LAPD detective who finds out her criminal nemesis from her past stint in an undercover drug ring is back, along with some of her demons. Unlike typical crime flicks, this movie focuses more on Erin as a character than the case audiences are watching her investigate, making it feel so authentic. But is Destroyer isn’t based on a true story.

In an interview with Gold Derby, co-screenwriters Phil Hay and Matt Manfredi spoke about how they came up with the story. “In a way it sort of came from that character [Erin]. We had some notions about this story, and kind of ideas about the structure, about a feel, about a certain type of crime story. But when we discovered who Erin was, specifically what her relationship was like with her daughter, that's what kind of lit the whole thing up for us,” explained Hay. “We always wanted to have our eye on the fact […] that her life and her world would be exposed as much in 360 degrees as possible. And sometimes in a sort of hard driving cop story, those things fall away, and we wanted to make the version of that story where not only those things do not fall away but what her life around this story was is the actual point of the movie."

The film explores Erin’s relationships with everyone surrounding her, and how fraught they are due to the experiences she had while working undercover. And it was important to the screenwriters to explore how Erin recurrently tries to make amends, despite failing at doing so, making her a relatable character despite her corrupt environment, as Manfredi mentioned in an interview with Movie Roar. “Even though this character is breaking a lot of rules and doing a lot of things, and being a bad partner, a bad mom... even though she's trying, she keeps messing up, but keeps trying again and I think there's something hopefully endearing about that or something relatable to that. I can certainly relate to the idea of the best intentions gone awry,” noted the co-screenwriter.

The film also delves into a storyline that is rarely seen in the genre: A complex mother-daughter dynamic. Throughout the film, Erin deeply regrets not being a better mother to her daughter, Shelby (Jade Pettyjohn). Given how the genre often focuses on male protagonists, and loner ones at that, Erin's maternal regrets are relatively new territory.

“Sometimes with a male character, [family is] not really even commented on. It’s just given that it’s part of the job,” explained Manfredi to Gold Derby. “We wanted to show kind of the real impact of her decisions and how she has been with her daughter. We wanted to see ramifications for this.” Hay also noted that there’s a “cultural weight — wrongfully — on portraying a ‘bad mother,’ or a mother who struggles with motherhood. I think that it was very important to us that that’s what hopefully makes this movie different, that we try to make it all more complex, and get to honor the complexity that those relationships really do have.”