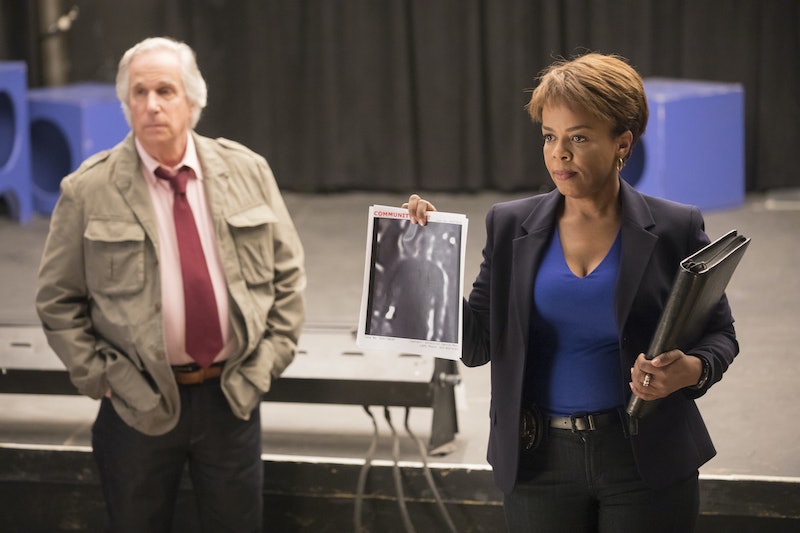 There's an unspoken rule in television that if the audience does not see a character die onscreen, then they aren't dead. This allows for a big surprise moment when the character returns episodes, or even seasons, later. Barry, however, isn't a traditional television show and it's pretty much assumed by both fans and characters that Detective Moss is really dead, despite the fact that her death scene did not directly show her death.

As trailers for Barry Season 2 have shown, Detective Moss has been declared missing after the events of the Season 1 finale, in which Moss finally puts together the clues that Barry is the very murderer she had been chasing when she had met Gene. While on a double-date lake house vacation with Gene and Sally, Barry and Moss appear to have a showdown of sorts that results in a gunshot sound and Barry safely returning to bed. A killer as professional as Barry surely would know how to dispose of a body in a way that would keep the police off of his trail and make Moss' disappearance look like anything other than a murder.

While there's a slim chance that Barry delivered the monologue of his life to try and get Moss to disappear under cover of darkness and fired off a warning shot, the chances of Detective Moss being found alive are incredibly slim — but that slim chance could be all the faith that Gene needs to hope that she's still out there.

The dark turn isn't a surprise for a show like Barry, which has been dark from the very beginning, but Season 2 could manage to top the first when it comes to its bleak outlook on the world. Gene Cousineau has always had a penchant for the dramatic, whether he's on a stage, in front of a camera, or simply talking to a police officer investigating a recent homicide. However, now, he's dealing with some genuine grief and how that grief manifests itself could have an effect on Barry.

Will Gene start looking into Moss' death and realize the only person it could be is the person who launched into an effortless "monologue" about his time as a trained killer? Will Gene be unable to be the acting teacher that Barry needs to try and escape his past? Will Gene turn his loss into another book and transition to being a self-help author?

The future of Barry's life is uncertain, but one thing that seems to be all but confirmed is that audiences won't be seeing Detective Moss again any time soon. While Barry may have gotten away with this death, actions like that tend to have consequences down the line. Whether he has to face the music at the end of Season 2 or will be able to live his fantasy until consequences catch up to him much later in the series, Barry is either going to have to pay for the lives he has taken or try and shoot his way out of getting caught again and again for the rest of his life.