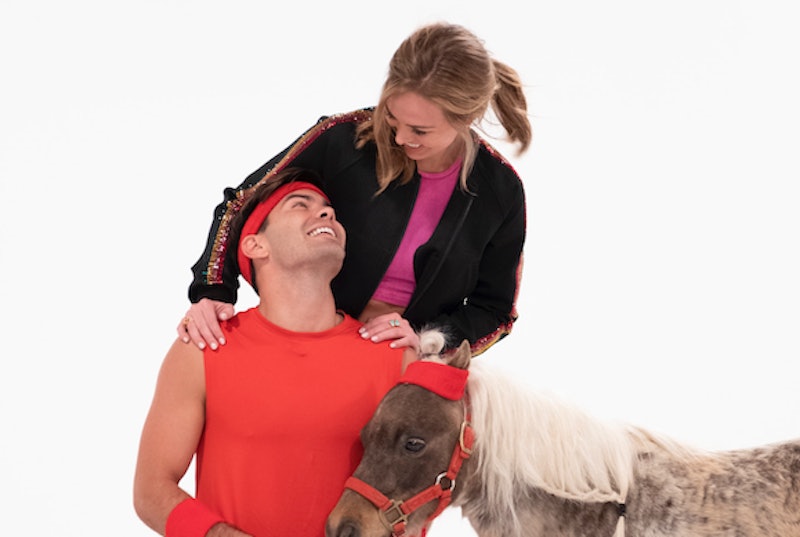 There are some Bachelorette contestants who don't really deserve all the screen time they're given (*cough, Luke P., cough*), and then there are some, like Dylan, who have the opposite problem: they're more than worthy of being put in the spotlight, but have yet to be given much attention. Because he hasn't been featured much this season, it's reasonable to assume that Dylan is single after The Bachelorette and doesn't end up with Hannah. But even though we haven't gotten to know him much, there are plenty of reasons to keep rooting for his love story. Not only does he come off as being a genuinely nice dude, he's also dedicated his life to helping a worthy cause.

In January, Dylan launched Vizer, a fitness app that provides an extra incentive for you to reach your exercise goals. The more you work out, the more donations are made to local food banks to feed the homeless. It's actually a really amazing idea and something that Dylan is undoubtedly even more focused on now that The Bachelorette has finished filming.

A few weeks into the season, Dylan posted a message about his Bachelorette experience on Instagram, explaining how appreciative he is for all of the support he's received and how thankful he is for everyone in his life. This was accompanied by a video, which went into more depth about what brought him to the show and what his tech startup is all about.

"Guys, last night was crazy. This journey will be crazy. But nothing makes me more appreciative for this experience than how it has reminded me how important family is," Dylan captioned the post, adding:

"You never know when will be the last time you see or speak to someone, and you’ll never regret taking the time to say 'I love you.' I'm extremely appreciative for the outpouring of support for my story and our cause, and I genuinely can't wait to experience this wild ride that is life with every single one you. The past few years have been a whirlwind to say the least, but the good and bad have made me who I am today. pleeeease please please trust yourself in following what and who brings you joy. Love y'all."

That certainly sounds like someone who has no regrets about going on The Bachelorette, whether he ends up with Hannah or not. Given that he posted this after the season wrapped, it could indicate they're still together. In fact, most of Dylan's posts since then have been strictly related to the show, apart from a photo of him hanging out in Napa, but even then he still used the Bachelorette hashtag. So yeah, this guy definitely has Hannah B. on the brain.

Even if Dylan doesn't receive that final rose, it seems doubtful that he's already jumped back into the dating pool just yet, which means yes, chances are he is still single. He has yet to confirm that fact, of course, considering it would spoil whether or not he gets eliminated. But either way, it's clear that this guy deserves all the love and happiness he can get. If he is still on the market, he may not be for very long.