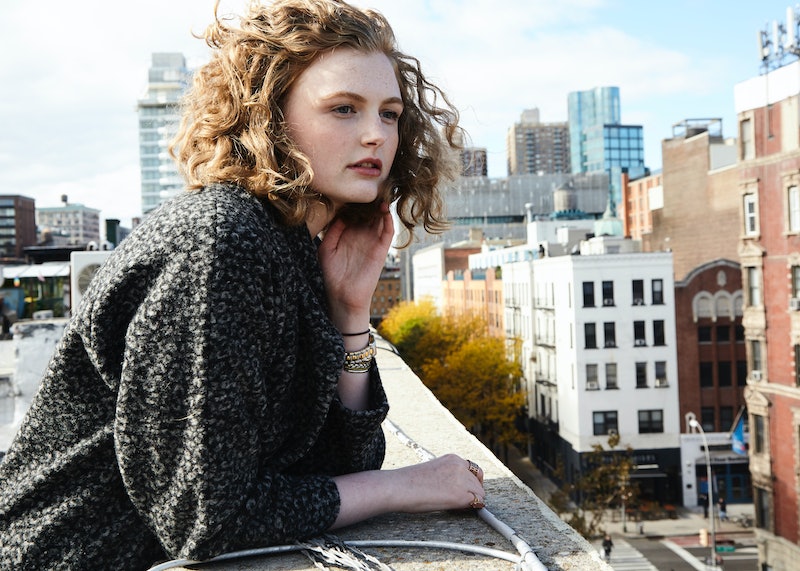 Choosing to freeze your eggs is a huge decision. And while some women freeze their eggs for medical reasons or because they're not ready to have kids with their partner but know they want to in the future, a new study reveals that most single women choose to freeze their eggs do so to avoid "panic parenting" — getting into the wrong relationship just for the purpose of having children.

In the study, published in Human Fertility, researchers interviewed 31 women who had their eggs frozen for non-medical reasons. Eighty-four percent of the women were single and the majority of those who participated said that they had frozen their eggs because of a lack of partner or because they were currently with a partner who didn't want children. Many said that freezing their eggs bought them some time to relax and some said they were hoping they wouldn't actually ever have to use the frozen eggs.

Although it's a small study, it gives an interesting insight into the decision to go through an invasive process of egg freezing, which can be complicated and expensive, with no guarantee of success.

"One of the more surprising findings from our research was that a significant factor driving some women's engagement with this technology was the fear of future regret; the fear that if they did not undergo egg freezing in the present they may blame themselves in the future should they struggle to conceive," Dr. Kylie Baldwin, one of the study authors, tells Bustle.

It was clear that many women wanted to feel as though they'd exhausted every possible option for motherhood. "[T]his research found that even if the frozen eggs failed to provide these women a live birth in the future some still believed the technology, which cost them as much as £6,000 [$7,861] per cycle, would be considered 'worth it' as they would know that they had done 'everything possible' to try and achieve their goal of motherhood," Dr. Baldwin says. But it can be difficult to make an informed decision in the relatively new world of egg freezing.

The researchers also found that there was a worrying lack of information about the procedures available to potential patients. Almost all of the women said that their clinics had been unable to provide them with estimates of how likely it would be for the egg freezing process to result in a live birth.

The women, who had an average age of 37, were not given any age-specific advice and many of them were not given adequate details about the procedure itself and the possible outcomes. But the problem may be that the information is just not available yet.

"[While] egg freezing has been available for some time, it has only been within the last five to six years that the technology has come to the attention of researchers as growing numbers of women have started to undergo the procedure," Dr. Baldwin says. "As egg freezing technology is still relatively new many clinics who provide this procedure do not have significant experience in thawing previously frozen eggs to attempt conception and are thus unable to provide women considering this technology with in-house data on egg freezing success."

Dr. Baldwin also says that, though egg freezing itself is relatively new, because these eggs aren't used to a later date there aren't enough instances of women actually trying to use the frozen eggs to come up with helpful data. As of yet, it's a confusing area and clinics should be doing their best to offer women the information — and the support — that they need.

There are a lot of reasons women might want to freeze their eggs, but it's interesting to see how many women are trying to avoid making quick decisions and engage in unhealthy relationships. Though egg freezing is an exciting new technology that could provide huge opportunities for women, the dearth of information is worrying — and more need to be done to help women understand the process. It's a huge investment, in terms of time, money, energy, and emotions, so it's important to approach the decision with as much information as possible.

More like this
20 Women Reveal Exactly How Long It Took Them To Get Over Their Ex
By Amanda Chatel and Lexi Inks
Are Quality Time & Gift-Receiving Love Languages Compatible?
By Lexi Inks
The 19 Best Tweets & Memes About Bisexual Awareness Week
By Lexi Inks
Think Your Partner Is Cheating? These Tarot Cards May Confirm Your Suspicions
By Kristine Fellizar
Get Even More From Bustle — Sign Up For The Newsletter