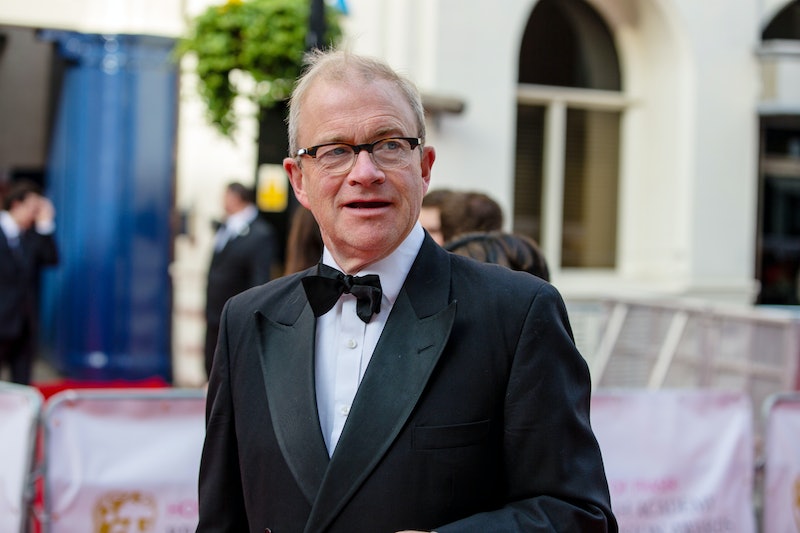 Harry Enfield has starred as the hilarious Kevin the teenager, in Men Behaving Badly, and even had his own sketch show Harry Enfield & Chums, which if you haven't already, you absolutely must see. Despite his success, Enfield has managed to keep his private life out of the public eye, which may have left people wondering, is Harry Enfield married?

I can confirm that Enfield is indeed married, and he met then acupuncturist Lucy Lyster at a dinner party, the Telegraph reports.

Prior to meeting Lyster, Enfield was in a relationship with Alison Owen, the mother of British singer Lily Allen, and became her and her brother Alfie's common-law stepfather, according to the Guardian.

Enfield and Lyster married in 1997, and they live together in Buckinghamshire with their three children, The Sun reports.

Enfield has previously expressed how happy he is that Lyster doesn't work in the entertainment industry. Speaking on BBC Radio 3's Private Passions. "She had no interest in my comedy and she’s passed that on to our children!" he said. He explained: "I got bored of famous me very quickly ... I don’t do fame ’cause I don’t do interviews. I don’t do it because I don’t really like talking about my own life very much, in public."

During an interview with the Guardian in 2012, Enfield explained: "My priorities are to be as normal and boring as possible. Go to the gym, walk the dog, look after the kids. Lucy has a whole huge business now [selling children's clothes], so that's a good excuse too. She can earn the money, and I'll just keep pottering along."

You would think that having a comedian father like Enfield, would make you the envy of all your friends but in his Guardian interview, Enfield disclosed that his children weren't actually aware of his celebrity status until they found a video of one of his old shows.

"They said: 'What's this? Can we watch this?' So I put it on the telly and we were all sitting there, and the doorbell went and it was the police, 'cos my bike had been stolen." Enfield explained how embarrassed he was. "You could just see their minds going: 'He sits them down in front of the telly and makes them watch him every day!'"

More like this
Molly-Mae & Tommy Fury Revealed Their Baby Girl's "Really Unusual" Name
By Sophie McEvoy and Sam Ramsden
Barney Walsh Has Been Linked With This Famous Miss World Winner
By Sophie McEvoy
'Love Island' Has Added Yet Another Bombshell To The Villa
By Bustle UK
4 Surprising Celeb Throuples That Got The Internet Talking
By Sophie McEvoy
Get The Very Best Of Bustle/UK
Sign up for Bustle UK's twice-weekly newsletter, featuring the latest must-watch TV, moving personal stories, and expert advice on the hottest viral buys.