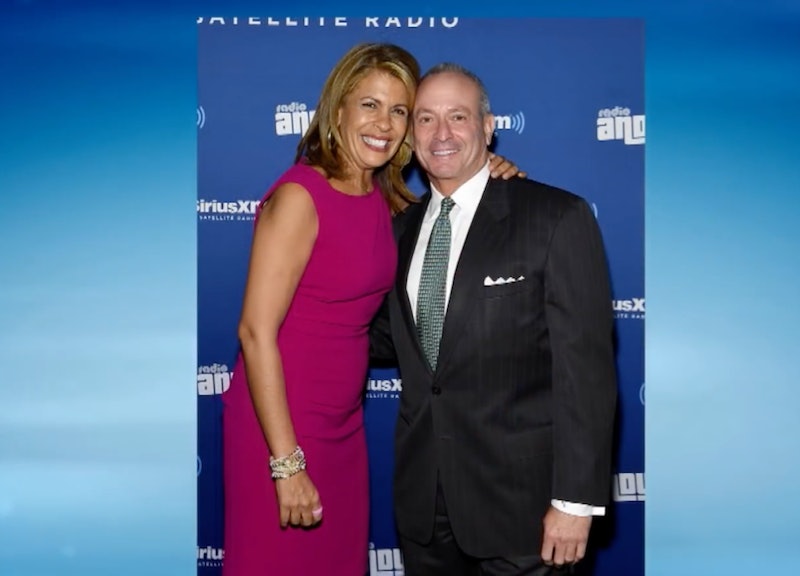 The Today show has just announced its new replacement co-host for the ousted Matt Lauer, and fans of the morning program will recognize the longtime NBC employee. Hoda Kotb, who has been filling in for Lauer since the announcement of his departure, is joining Savannah Guthrie permanently as co-host. She'll celebrate that success with boyfriend Joel Schiffman, who she's been with for four years and with whom she recently adopted a baby girl, Haley.

Kotb sometimes had been reluctant to share too many details of her private life in the past. She referred to Schiffman as "Boots" for the first year of the relationship, refraining from making his name public. But since, Kotb has opened up about Schiffman, a New York-based financier. His LinkedIn profile identifies Schiffman as the Vice President and Director of Financial Institutions at Janus Capital Group. The two met an event at which Kotb was speaking in 2013.

Then in 2016, Kotb shared that she and Schiffman would be moving in together. Though she was married once before, Kotb expressed some nervousness about living with Schiffman on her Sirius XM program The Hoda Show. "It's been so long since I've lived with someone. I'm a little concerned with me—not him. Like how I am, as a human."

Schiffman is also divorced, and has one child from his previous marriage, a 23-year-old daughter named Kyle. When Kotb told Schiffman that she wanted to adopt, he was immediately on board. Kotb told People that she was intially afraid to vocalize her desire to adopt. “I said, ‘Think about it for a day or a week or whatever.’ And he said, ‘I don’t need a day. Let’s get this journey going.’ At that point I blubbered like a baby. It was like the dam burst.”

According to Kotb, children were the one thing she felt had been missing from her life. At her 2016 book launch for Where They Belong: The Best Decisions That People Almost Never Made, Kotb told People that "something is missing." Her treatment for breast cancer had made it impossible for Kotb to have children of her own. Relating a story of her emotional response to one woman and her baby, Kotb continued, “‘What do you do if you can’t fill that space? How do you do it?'”

She went on to say, “I feel that I belong somehow with kids, and I don’t know how that will unfold in life, but I’m hopeful that somehow I can find the right lane there.” Fast forward to 2017, and it looks like adopted baby Haley was the "right lane" Kotb had hoped to find.

Though they're not married, Kotb specified that Haley will "call him [Schiffman] dad." Kotb also indicated that she may be open again to marriage in the future, but the couple doesn't seem to be in any rush to the altar.

Schiffman graduated with a degree in economics from the University of California, Los Angeles in 1981. He went on to graduate school at the University of Pennsylvania's Wharton School, becoming a Certified Investment Management Analyst. He's been working in the financial sector thirty years now.

Kotb posts picture of her family — and especially baby Haley — often on her Instagram page.

With her new post as Today co-host with Guthrie, Kotb and Schiffman will have one more reason to celebrate.