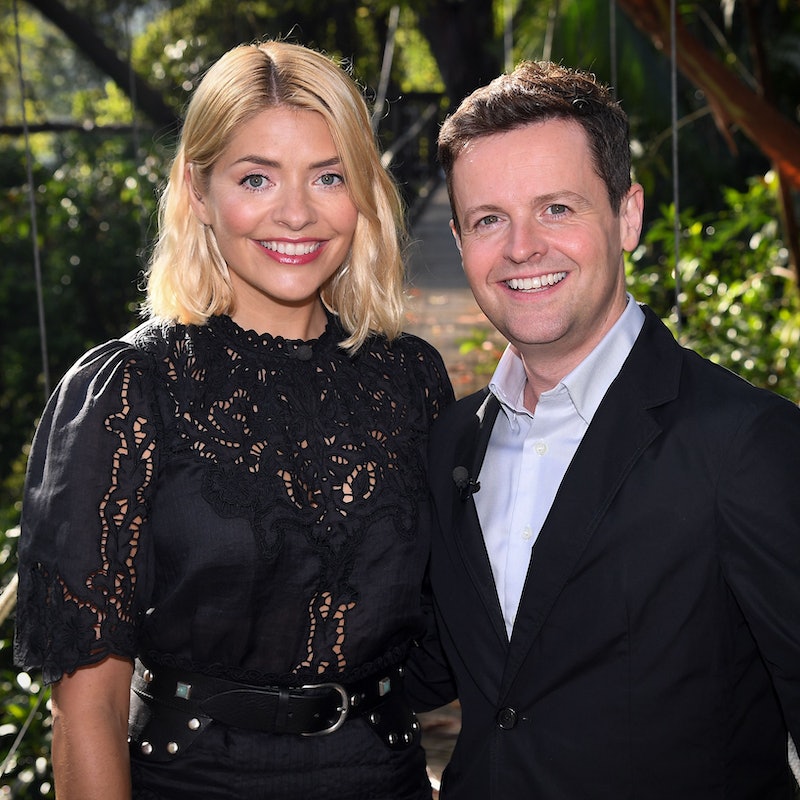 Since confirming she'd be temporarily standing in for Ant McPartlin, I'm a Celebrity presenter Holly Willoughby's been the subject of an awful lot of nonsense. Reports began to circulate that she was facing replacement before the end of the series, stoked by the bookies slashing their odds on the possibility. So is Holly Willoughby quitting I'm a Celebrity?

Thankfully, ITV's stepped in to quash the rumours, calling them "absolute rubbish," as Digital Spy reports. "We are very happy with Holly presenting alongside Dec," a spokesperson added.

ITV announced that Willoughby would be taking up the I'm a Celebrity...Get Me Out of Here! role back in August, in order to allow for Ant's further recovery from issues with addiction. In a statement, she said, "I couldn’t be more excited to have been asked to stand alongside Dec for the next jungle adventure. I love Ant and want to send him my best wishes and support for a continued recovery. These are big shoes, not to fill, but just to keep warm for a little bit..."

Ant also confirmed the news in a statement, explaining, "My recovery is going very well and for that to continue having spoken to Dec and ITV, I have made the decision to take the rest of the year off." When the news broke, Willoughby was promptly hit with a wave of sexist criticism, accusing her of abandoning her children to take the job (when, in fact, they're in Australia with her).

As Digital Spy notes, some fans on social media did struggle with Ant's absence — unsurprisingly, considering he's one of the most beloved figures on British TV. But Willoughby also received a lot of praise from viewers for her performance; what's more, 11 million people tuned in to watch her debut show, according to Digital Spy. That might be down to curiosity, of course, as it's the first series of I'm a Celebrity not presented by Ant, but it's still a pretty promising start.

Willoughby's already made it clear she won't be continuing the gig after the series, but will instead return hosting duties to Ant once he makes his TV comeback. So here's a thought: could we perhaps wait until she's got a little more than two shows under her belt before speculating about her exit? Or better yet, just give her a break altogether?