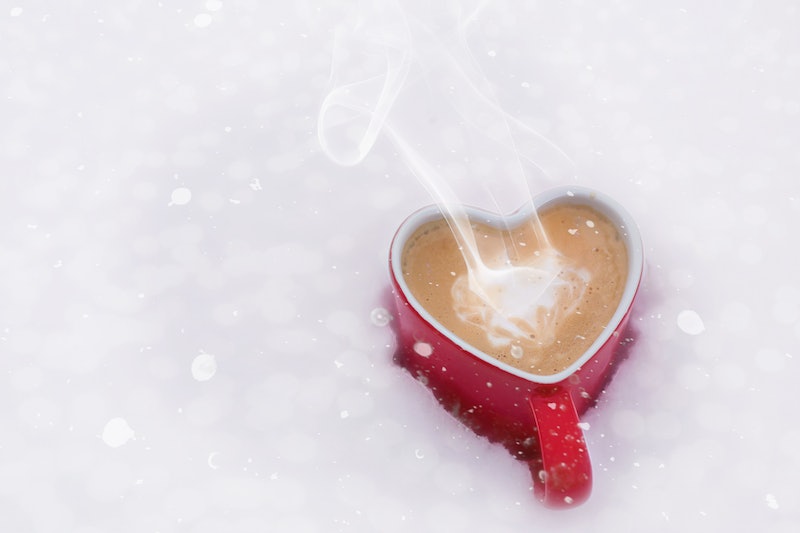 For many, one of the most defining features of winter is snow. If you live in an area that gets any dusting of the fluffy white stuff, you likely have spent some time walking through it, playing in it, or even making a snow dessert or two. It's worth asking, though: Is it safe to eat food made out of snow? Sure, most adults don't have a desire to consume snow fresh off of the ground, mitten-to-mouth style, but there are a slew of recipes circulating the internet that involve gathering fresh snow and turning it into desserts. The big question is, of course, is whether it's OK to eat snow, and how doing so might impact your health.

The short answer is, how safe it is to eat snow depends on where you are. If you're in a rural area, far from pollution, for example, you might feel fewer qualms about consuming snow. How come? As Parisa A. Ariya, PhD, explained recently to Lauren Oster at TIME, urban areas have higher rates of possible snow contamination because of pollution and vehicle traffic. This means that even if the snow looks clean, you can't know for certain that it hasn't been exposed to chemicals or fumes that are bad for you to consume.

Also bear in mind that people walk through snow, animals excrete in snow, people drag items like sleds and bikes through the snow, and so forth, which are basically all ways for germs or chemicals you don't want to consume to make their way into the snow without you realizing.

So where do desserts come into the picture? As Danielle Tullo at Cosmo explained recently, these recipes are for frosty treats that are super photogenic and pretty easy to make yourself. The idea is that you mix fresh snow in with your standard ingredients as a way to make your preparation more fun. You could make a simple ice cream, for example, by mixing snow with condensed milk, sugar, vanilla, and your favorite toppings. Obviously this has the potential to be really kid-friendly, or a nice way to occupy an afternoon spent in a rural cabin; they're also, of course, extremely Instagrammable, as Tullo points out.

But in reality, consuming snow isn't the healthiest choice for most of us. (I know, I know; cue the sab trombone noise.) As someone who grew up in New England, I totally understand the appeal of snow. But it's worth knowing that even eating snowflakes from the sky runs the risk of consuming chemicals that are possibly harmful, due to the way snowflakes absorb traces of gaseous and particulate contaminates on their way down.

I have good news, though: These fun treats can easily be made with shaved ice instead. Sure, it won't have quite the same appeal or texture; however, it's a lot safer, health-wise — and easy to make, to boot. Or, you could always stick to baking gingerbread cookies and making huge batches of soup when the snow comes around. Nothing wrong with that!