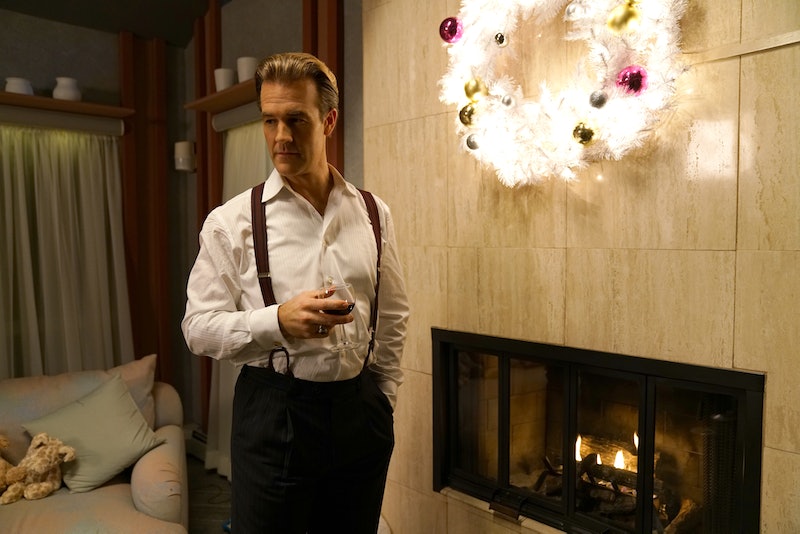 To say that Pose is a phenomenal and groundbreaking series would be an understatement, which is why it wasn't surprising to hear that Ryan Murphy's latest undertaking was renewed for a second season. But while there will certainly be the introduction to new storylines, many of the core characters will be back to continue their journey. However, for those wondering whether or not actors like James Van Der Beek will be in Pose Season 2, you may find yourselves a bit disappointed — because there's a very good chance his character, Matt Bromley, won't be making an appearance during the coming weeks.

By some accounts, Van Der Beek is listed as being one of the returning cast members for the new season, which is why fans may be expecting his character to return, particularly because there's so much about his on-screen counterpart that viewers have yet to explore. Granted, this series is about so much more than a privileged white male who works for the Trump Organization, so focusing too much of the spotlight on him would seem strange and out of place. But to have his storyline just be over with completely is an entirely different story — yet it's a reality that fans will be forced to face in the upcoming season.

But just in case you're still feeling in denial about the whole thing, simply head over to Van Der Beek's IMDb page. You'll find that he's not credited as appearing at all in Pose Season 2. Of course, it's important to take the information found on the site with a grain of salt, since it's possible the page has yet to be updated for the new season. Still, though, it doesn't bode well for his continued involvement in the series.

As for why his character didn't make the cut, it could have something to do with the time jump to 1990 that will be introduced when the second season debuts. Pose co-creator Steven Canals told Bustle at a set visit in May that this start of a new decade is meant to serve almost like a reset button for these characters, giving them a much-needed fresh start. "The first season felt like a complete meal, Canals explains, adding:

"Obviously there is some continuation from some of the threads that we started in Season 1. Blanca and Pray Tell for example are HIV positive and it's not like suddenly they've been cured, they're still dealing with that. However, this was an opportunity for us to just lean in and tell a whole new story, with whole new themes, and that was important to us to just really talk about ballroom."

With so many other important characters to check in on and catch up with after so much time has passed it makes sense that their wouldn't be room for Van Der Beek this time around. (Evan Peters, who played Matt's co-worker turned frenemy Stan, also isn't set to return to the series as well.)

For his part, though, the former Dawson's Creek star has made a point of gushing over the show on his Instagram account. He praised his costar Billy Porter and the show for their Golden Globe nominations this past year. "Billy’s embodiment of Pray Tell is both soaring and grounded, and sincere and f*cking fabulous," he wrote on Instagram at the time. "I actually told a reporter that if Billy didn’t get nominated, I quit. So... doubly grateful this morning." That certainly sounds like someone who loved being tied to this project, even if he's no longer apart of it.