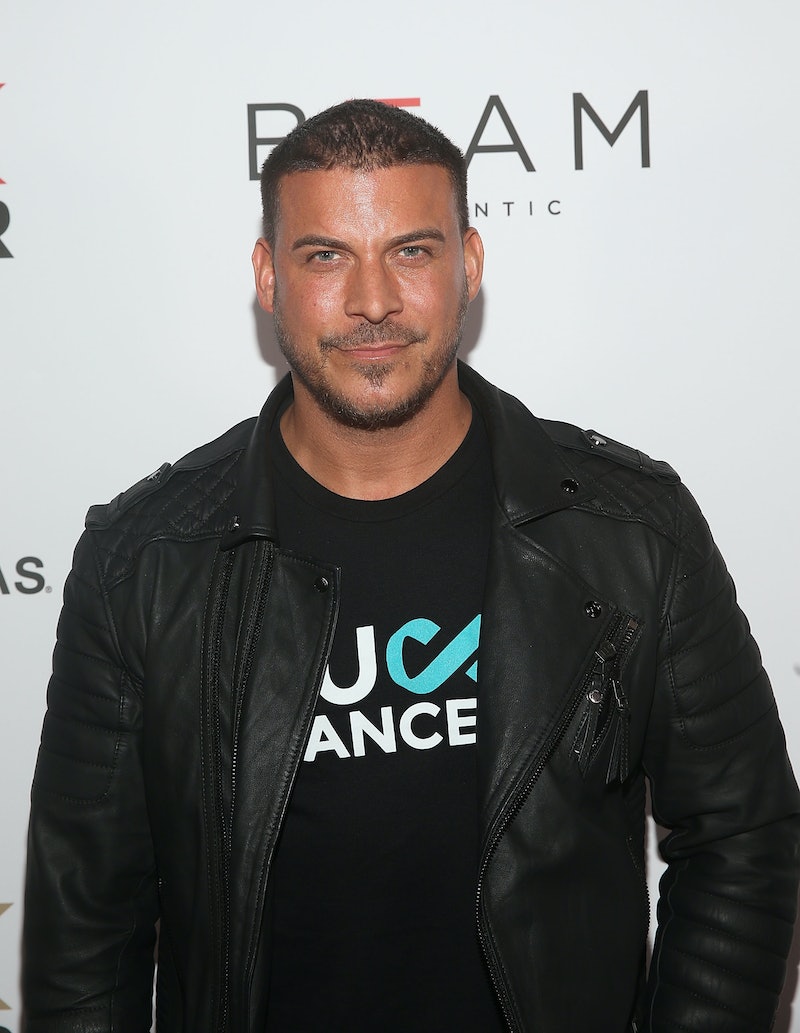 Jax Taylor is the oldest cast member on Vanderpump Rules (Lisa and Ken notwithstanding), and in Season 6, it's seems like he's thinking about moving on. Nearing 40, which isn’t old in the grand scheme of things but practically ancient for a reality television star, Jax wants more out of his life. And more could have arrived in the March 19 episode of Vanderpump Rules by way of an ice-skating rink. Is Jax leaving Vanderpump Rules? A new gig could be bringing him closer to home.

Jax is a bartender at SUR, and he’s not a very good one at that. There’s a whole segment of the March 19 episode that highlights how bad a bartender Jax is, complete with old footage of him making terrible drinks, remaking those drinks, and having customers give up because they can’t be bothered to send it back one more time. Also, remember when Jax dropped glass in the ice bin and it shattered everywhere? Good times. In any case, Jax (thanks to his Reiki instructor) has a new lease on life, and he is triumphant in the fact that he’s been offered a new job! Out of nowhere! It’s in Florida, and it would involve him moving to Tampa to do social media and marketing for a hockey team in Florida. And this hockey thing isn’t out of the blue, because Jax has loved hockey his whole life. He’s even posted some #tbts of his hockey days on Instagram.

Needless to say, Brittany isn’t thrilled about all of this, because Jax is calling it a done deal and he never asked her if she would pick up her life again for him. Also, as Kristen points out, Jax can’t spell, so who hired him to do social media? Having a lot of followers doesn’t make you a genius at social media marketing. Brittany, though, probably shouldn’t have been so worried, because this job wasn’t happening in the first place. If Brittany and Jax have moved to Florida and were waiting to announce it until the episode, well, they did a wonderful job in hiding it, because there is nothing about Florida or hockey on any of their social media accounts.

I’m not saying that Jax would never leave Los Angeles or Vanderpump Rules, but for now, it seems like Jax and Brittany are staying put. The only plausible reason that Jax would move to Florida right now is to be closer to his family — his father passed away at the end of 2017, and it would make sense if Jax would choose to move near his family home in Florida.

A move could actually do Jax some good. He talked to his Reiki master about how much anxiety he has in his friend group, making me think that Los Angeles is just not the place for him. And there are several friends in his social circle who seem pretty sick of him, too — at the end of the most recent episode, the group was on a trip to Mexico, enjoying their tequila when things started to bubble up over Jax’s announcement that he could be moving to Florida. Jax snapped at Brittany, and every woman at the table rose up to shame Jax.

We’ve reached the “mad as hell and not gonna take it anymore” era of womanhood in society in general, but Stassi, Lala, Scheana, Kristen, and the rest of the gang are sick of Jax (and other men) treating them (and Brittany) poorly and then not being allowed to speak up about it. Jax is constantly disrespectful to Brittany, so much so that Lala and company just had to get up and walk away from Jax, all the while with Tom Sandoval telling them not to yell at his friend. Actually, most of the Vanderpump Rules cast could use a change of scenery — it would probably cut down on the Jekyll-and-Hyde nature that so many (including Jax) flaunt. Jax may say what he wants, but for the time being, he and Brittany seem firmly planted on Vanderpump Rules. They’re not going anywhere.

More like this
Are Michael & Sierra Still Together After Bachelor In Paradise?
By Kadin Burnett
Is Salley Actually Going To Be On 'Bachelor In Paradise'?
By Kadin Burnett
What Happened With Justin & Salley Pre-'BiP'? They Fueled Rumors At Stagecoach
By Grace Wehniainen
Every ‘RuPaul’s Secret Celebrity Drag Race’ Contestant’s Identity Has Been Revealed
By Brad Witter
Get Even More From Bustle — Sign Up For The Newsletter