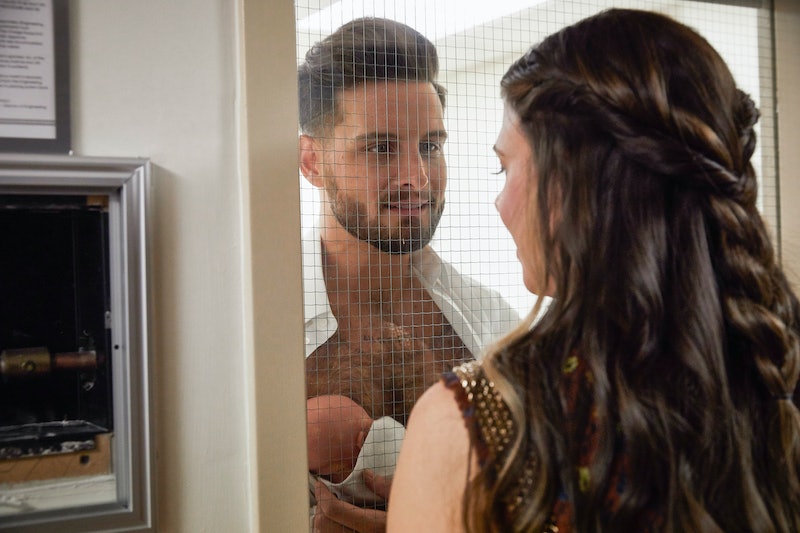 It feels like everything has changed in Season 6 of Younger. In the Season 5 finale, Josh's ex Clare showed up at Josh's door in Brooklyn to tell him that she was pregnant with a baby girl. They decided to go through with the pregnancy, which means that somehow, Josh is now a dad on Younger. It's kind of hard to believe since it feels like just yesterday that he and Liza were still going back and forth about their relationship. But it makes sense that the character is so thrilled to be a parent. If you remember, one of the main reasons Liza and Josh broke up was because Josh wanted kids and Liza felt like that point of her life was over.

It all makes sense. Yet, some fans are skeptical about Clare, the baby, and this storyline in general. In fact, a lot of people don't think the baby is even Josh's despite the fact that he says he took a paternity test to be sure. While it's ridiculous to question the parentage of an infant in real life, this is television. The show is based on a woman lying about her age to get a job, going back and forth between two men, and running into obstacles every other episode. It's essentially a telenovela and what's the main trademark of a soap opera? Mistaken parentage.

Showing up at a guy's door in your third trimester to tell him he's having a kid is not the kindest of moves. Clare had every opportunity to tell Josh that she was pregnant, but she didn't. Considering that Clare and Josh only got married because Clare's visa was expiring and she needed to stay in the country, it feels OK to be a little skeptical of this whole situation.

Not that Clare is a woman trying to trap Josh into having a baby with her, but this is all just very, very sudden. And Younger fans agree.

Many Don't Believe It Or Trust Clare

Clare is not winning any popularity contests, huh?

Others Are Pretending That It's Not Happening

If we ignore it, will it go away?

At Least One Thinks Josh Is Lying

This last theory is the most intriguing because yeah, it would be an easy plot device for Clare to be lying about the baby's paternity. According to Healthline, a paternity test can be done as early as nine weeks into a pregnancy, so it's not like Josh couldn't get results fast. Paternity is a tired soap opera trope, and Younger is always doing better than that. Here's how: Josh could be lying about being the baby's dad because he knows he's not over Liza. He wanted a baby with Liza, and Liza is with Charles now.

The triangle, it seems, is over (although is it ever?), and Josh knows that he has to move on. Josh did a crummy job of it the first time with Clare, but Liza is not coming back to him, and this baby — his or not his — will force him to grow up. Having a baby will force Josh to get over Liza, because he'll have a new purpose in his life. That little girl is going to change him, which is good, because Josh needs changing. (Not literally. Not like the babies.)

For the record, Nico Tortorella, who plays Josh and uses they/them pronouns, is super into this whole baby thing. In an interview with TVLine, Tortorella said it was amazing to have all these kids around. “I’ve been wanting babies for a little bit in my own life,” they said. “The second we read the last scene from the end of Season 5, I was like, ‘I get to go to work and hold a baby all day everyday?’ It’s a dream come true! And I’m really good with the babies. Just putting that out there. We have, like, eight or 10 different babies, and I have a special relationship with each one of them."

Well, at least one person is into the babies on Younger — because fans right now are not.