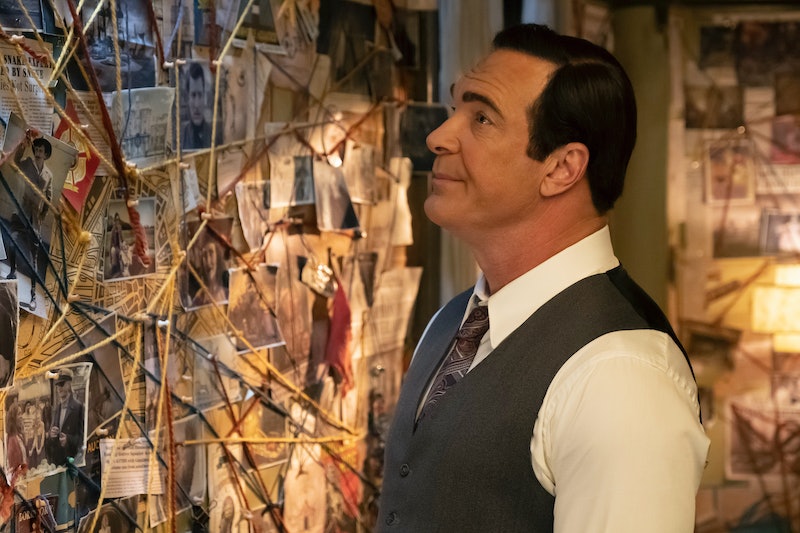 Spoilers for all of A Series of Unfortunate Events Season 3 follow. A new Baudelaire orphan enters the scene in "The End" of A Series of Unfortunate Events and this new character deepens Lemony Snicket's connection to the story even further. Lemony Snicket's relationship to the Baudelaires was already important to him since he loved their mother, Beatrice. And in "The End," he learns that he has Violet, Klaus, and Sunny to thank for adopting his niece, Beatrice Baudelaire II. So while Lemony isn't related to the Baudelaires by blood, they raised his sister's daughter and his own story will be intertwined with theirs forever.

A young girl calls herself Ms. Baudelaire at the beginning of "The End" and her introduction is a sign that not all events would be completely unfortunate for the unlucky Baudelaires. This Beatrice is the daughter of Kit Snicket (Allison Williams) and Dewey Denouement (Max Greenfield). The circumstances surrounding Beatrice's birth are certainly tragic since Kit dies after she delivers her daughter due to the medusoid mycelium being released on the island. But thankfully, Beatrice has the Baudelaires to adopt and take care of her.

In the books, the identity of Beatrice's father isn't made as plainly clear as it is in the Netflix adaptation. (Same goes for Kit's past relationship with Count Olaf.) So while she could be Beatrice Snicket or Beatrice Baudelaire in the books, she could also be Beatrice Denouement on the TV show. However, she chooses to go by the last name of her adopted parental figures of Violet, Klaus, and Sunny.

For the first year of Beatrice's life, she is raised on the secluded island by the Baudelaires. But when the seawall floods again on the annual "Decision Day," her adopted parents decide they should leave the island — because Violet knows that they can't shelter Beatrice from the real world forever, just like her parents had decided for her and her siblings. What happens in the years between Beatrice's first birthday and when she seeks out Lemony aren't depicted, but Beatrice does mention an encounter with female Finnish pirates to her uncle. So even though Count Olaf was out of their lives, the Baudelaire still faced grand adventures that were hopefully a little less unfortunate with another family member by their side.

Like in the final scene of the TV series, Lemony and his niece have a correspondence in the books — although that doesn't occur until the follow-up book to A Series of Unfortunate Events, The Beatrice Letters. That book features letters from both Beatrices, Beatrice Baudelaire I (Lemony's love) and Beatrice Baudelaire II (Lemony's niece). And so the story comes full circle that Lemony's niece is named after Beatrice and was raised by her children.

It's also fitting that the Baudelaires take care of Kit's daughter since she's one of the only adults to have truly tried to help them. So while Lemony isn't blood relatives of Violet, Klaus, and Sunny, they are family in many ways. And if you have any doubt about that, Beatrice Baudelaire II makes her stance on the subject quite clear when she asks her long-lost uncle, "Would you like to hear a story about our family?"