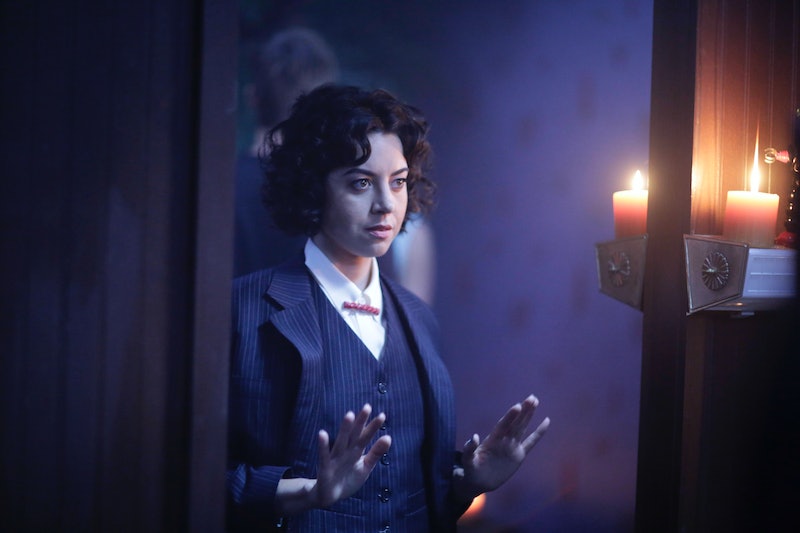 If you didn't feel bad for David Haller already, this week's episode of Legion is certain to break your heart. He returned from Oliver's realm with newfound confidence and a path to happiness, only to have it all crumble beneath him. Plus, is Lenny real on Legion? My suspicions about Aubrey Plaza's character are growing.

Last week, David's ex-girlfriend innocently suggested that his drug addict pal was a guy named Benny, not a girl named Lenny. This week, the Lenny vision alluded to being not only Benny, but a handful of other characters and a childhood pet.

Cary Loudermilk theorized that the yellow-eyed devil has been changing David's memories. Does that explain Lenny's inconsistencies? Or, is Lenny a manifestation of the devil herself? She does seem to be weirdly in control of David's subconscious, which is concerning, and definitely makes me question whether she and/or Benny were ever real.

At the end of the episode, all of the characters appealed back in the psychiatric ward, attending a group session being led by Lenny — who this time looked like a doctor. While I think we are being lead to believe that this is "real life" and that everything up to this point has been a dream, I think that David took them all to this alternative place to quickly get them out of harm's way. Reality has never been easy to distinguish on Legion.

Or, perhaps Lenny/Yellow-Eyes took them there to mess with them. The lumpy, potentially parasitic villain and the round-headed papier maché man may be the scariest beings in David's head, but Lenny is definitely the most mysterious. Whether she was ever on David's side, or ever really there to begin with, she's a huge part of his life and a huge mystery that needs to be uncovered.