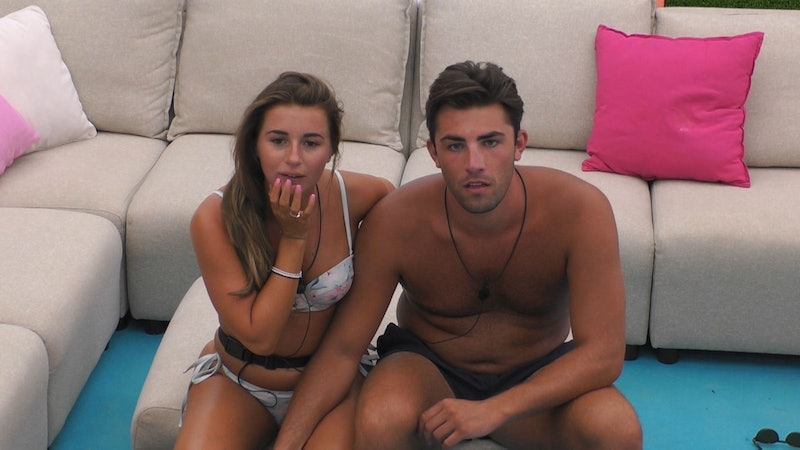 Fans of the ITV reality hit Love Island are preparing for what promises to be yet another fantastic series. The upcoming fifth season is scheduled to start on Monday, June 3, and the full official lineup of the 2019 series has been revealed by ITV. The show is renowned for the relationships between contestants, as well as some often intense drama — both of which have left some viewers asking whether or not certain segments of the reality series are in fact staged. But is Love Island scripted?

The series is presented to viewers as a reality television show. I have reached out to ITV for comment on the matter, and will update with any new information once it becomes available. But as the Metro reports ITV has previously addressed the claims. In a statement, the broadcaster said, "The opinions they have and the relationships formed are completely within the control of the Islanders themselves. Love Island is a combination of reality and produced elements. Any produced elements are designed to allow viewers to understand what the Islanders are feeling and to help move narrative threads on."

According to the Independent, claims of potentially staged or scripted scenes emerged during the 2018 series after viewers noticed multiple continuity inconsistencies, and some former participants of the ITV hit have spoken publicly about the show's filming process.

Model Tyla Carr, who appeared in the 2017 series of Love Island, previously told the publication that producers would "prompt" islanders to have certain conversations. She revealed, "They would prompt you. They may suggest it would be a good idea if you brought something up or discussed something. Basically, if you've had three separate conversations with someone, they may ask you to have the conversation again all in one go to make it better viewing."

Carr went onto reveal more behind-the-scenes details, telling the Metro, "You have to tell the producers on site if you are planning to have an important chat or do something. So they make sure the microphones pick it up and the cameras get it. If you forget they would call you in and ask you to film it again. Liv Attwood had to dump Sam Gowland twice last year, which was embarrassing for both of them!"

Former-Islander Kady McDermott, who took part in the 2016 series of the ITV2 show, also shed light on the Love Island filming process. Speaking to Cosmopolitan UK, McDermott revealed that during challenges there's a "full squad of cameramen and producers, and it was like a reminder that you were on a TV programme."

As reported by the BBC, the 2019 Love Island cast includes a scientist, a firefighter, a ballroom dancer, and the younger brother of a Strictly pro dancer and controversial boxer. The series makes its long-awaited return to ITV2 at 9 p.m. on Monday, June 3, and despite previous claims of scripted scenes, there's no denying that Love Island is one of the most entertaining reality shows currently out there.

More like this
We've Got A Text! Our First Look At 'Love Island' 2022 Has Arrived
By Sam Ramsden
RuPaul Has Signed On To Host A Celebrity Edition Of This ITV Gameshow
By Sam Ramsden
Move Over, 'Sunset'! The Drama-Filled Trailer For 'Selling The OC' Is Here
By Nola Ojomu
Sasha Lane’s Greatest Love Of All Is Her Daughter
By Sophie McEvoy
Get The Very Best Of Bustle/UK