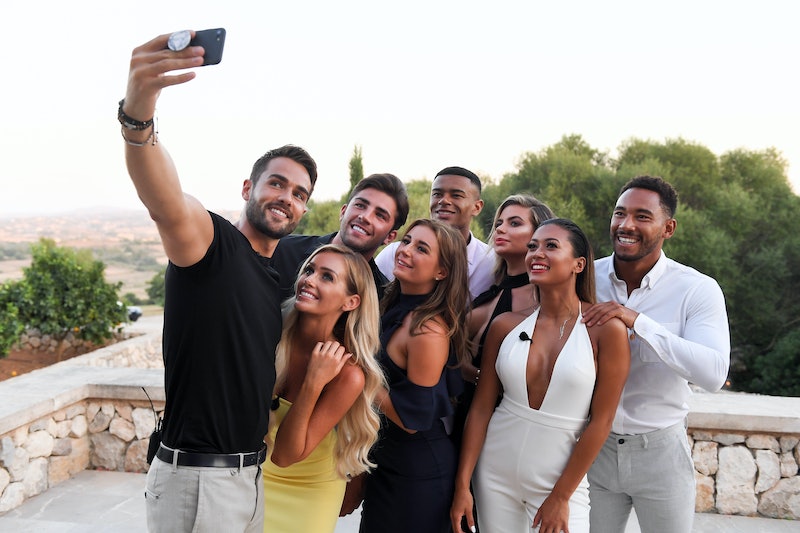 As the closing date for Love Island applications approaches, conversation has turned to the show's potential new contestants. Over the past few years, viewers have been watching islanders with the same kinds of body shapes, ethnicities, and sexualities. Criticism of the lack of diversity on Love Island became particularly rampant during the 2018 series, resulting in several contestants speaking out. But, according to the Daily Star Sunday, ITV2 bosses may finally be listening to the wants of the nation and focusing on size diversity for Love Island 2019.

"Over years, there’s been quite a bit of criticism from viewers that it’s only guys with chiselled abs and rippling muscles and girls with slim toned bodies who are chosen for the show," a source told the paper. "With everything that’s happened, bosses know that the show will be under intense scrutiny this year, so they’ve gone back to see what it is the viewers want and if there’s anything they can do to make it better."

The source continued: "One thing that keeps coming up is the lack of body shape diversity. Viewers want to see girls and boys with bodies they can relate to. Sexy singles come in all shapes and sizes and this is what the viewers will see this year. It’s a really positive move."

In an email to Bustle, a spokesperson for ITV did not confirm or deny the news, but stated that there is a disclaimer on the application form, reading: "We endeavour to have a diverse range of contestants appearing on the programme." The only stipulations, the rep added, are that "applicants are over 18, single, and looking for love."

By "everything that's happened," the Daily Star source is referring to the tragic deaths of former contestants Mike Thalassitis and Sophie Gradon, who passed away in March 2019 and June 2018, respectively. The show has vowed to ensure adequate mental health support for contestants both during and after their time on the series. Arguably, one way of doing so would be to focus less on the idea of perfectionism.

You see, the Love Island type is now well known. The perfect female contestant embodies every aspect of an Instagram influencer: a model-like figure (with curves only in "desirable" places), blemish-free skin, and a Hollywood-worthy smile. Male participants usually boast the last two with an added muscular physique.

Certain "rule breakers" have supposedly filtered through the net, though. Last year's winner Jack Fincham had a body shape that was slightly different to the other men, for example. But that's hardly enough to start calling the show diverse.

Shockingly, Alexandra Cane, a contestant on the 2018 show, was portrayed in the media as being one of the series' "normal"-looking contestants. But Cane rightly expressed doubt in her role as a diversity warrior, telling The Sun: "The crazy thing is I’m a size eight so for that to be curvy — the barrier wasn’t broken. Bigger sizes clearly weren’t accepted. For me as a size eight to go into the villa and be the biggest girl, that is quite shocking to me." Agreed.

The problem with Love Island's alleged size diversity angle is that it's unlikely to be seen on screen. The series' relentless promotion of flawless toned figures has undoubtedly left many feeling ostracised from the application process. The average UK clothes size may be a 16, as the Independent reports, but if people wearing this size (or above) don't feel a desire to appear, how will anything change?

Calls to showcase a broader range of sexualities have also been made, although the show's boss Richard Cowles said there would have to be a "dedicated show for a gay audience" in order for that to appear, reports Metro. "We're open to everything, we always try to include everyone," he added.

ITV's digital controller Paul Mortimer expressed a somewhat different view in terms of size diversity. As the BBC reports, he told audiences at the 2018 Edinburgh TV festival: "We're a sexy channel. We cast sexy people. It is entertainment on ITV2 and in the same way Hollywood casts a certain type to get bums on seats in theatres or other shows. For us, it's a very aspirational programme for our audience."

It's high time "aspirational" stopped being synonymous with gym bunnies, cellulite-free figures, and, crucially, light skin. Love Island executives may want their reality show to present their dream, but the millions of people watching each and every episode don't necessarily fit that mould. Representing them realistically, not superficially, could be key to the series' future success and the health of its contestants.

More like this
Ekin-Su & Davide’s ITV Travel Show Finally Has A Name
By El Hunt and Sophie McEvoy
Molly-Mae & Tommy Fury Shared The Cutest Gender Reveal Video
By Sophie McEvoy and Sam Ramsden
What Exactly Is The Bish & Chips Show?
By Frances Stewart
Wait, Is Maya Jama Confirmed To Host 'Love Island'?
By Sophie McEvoy
Get The Very Best Of Bustle/UK