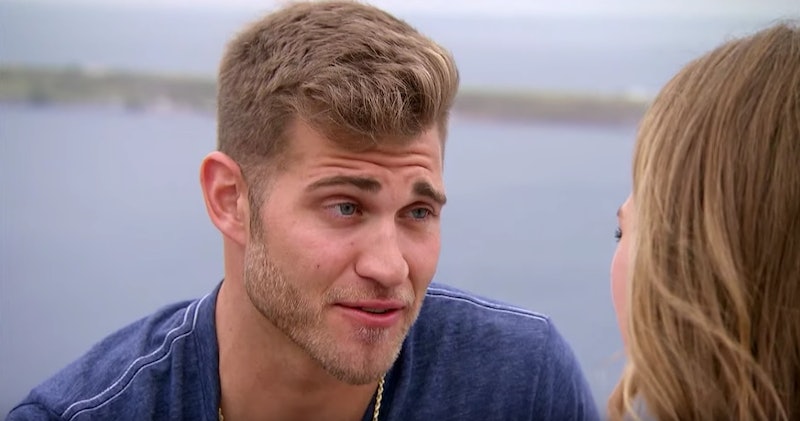 Luke P. may not be the most popular contestant on The Bachelorette, but he's definitely the most talked about. Like, to the point that the show has arguably become more about him and less about Hannah B. finding love. But given the very revealing promos for Monday night's Fantasy Suites episode, it's all but confirmed that things don't end up working out with Hannah, and that his elimination is finally nigh. So is Luke P. dating anyone after The Bachelorette? Considering his actions throughout the season, finding a girlfriend may not be his top priority at the moment.

Granted, it's been a few months since filming came to a close, so it's possible Luke happened to meet someone offscreen, though he's showed no sign on social media that there's a special someone in his life. In fact, a vast majority of his Instagram posts have been dedicated to his preparation for an upcoming triathlon called the CrossFit Games, so his photos are mainly just a lot of workout shots that prove how much he loves hitting the gym. And honestly, it's nice to see him focusing on something other than his love life right now, since his last relationship was pretty public and didn't exactly paint him in the best light.

Throughout this season of The Bachelorette, Luke P. has been a constant source of drama, whether because he was talking badly about his fellow contestants (and then denying to their faces that he did so), shaming Hannah for going semi-nude bungee jumping with Garrett during their one-on-one date, or, based on promos, seemingly shaming her again for having sexual relationships with some of the other men — despite that being an important part of the process.

All in all, his toxic actions have been a focal point of the season and he's caused Hannah more turmoil than anyone else on the show. These aren't exactly impressive qualifications to have on your dating resume, which might indicate that Luke knows he needs to take some "me" time first and reflect on his past behavior before diving into another relationship. And make no mistake, Luke knows that he isn't exactly well-liked by Bachelorette fans right now.

"Running with my hater blockers on, so I can’t see all the hate," he captioned one Instagram photo. But despite Luke throwing shade (get it?) at his haters, he did post a message to viewers back in May, admitting that he regretted how he acted on the show, and adding that "I have learned a lot and I am continuing to learn about my flaws as a man. I'm the first to admit I am far from perfect. This journey has giving me a great opportunity to grow and mature as a man, for that I am grateful."

Hopefully this experience really does allow him to learn from his mistakes and grow as a person, so that if/when the right woman comes along, he'll be able to treat her with the respect she deserves.