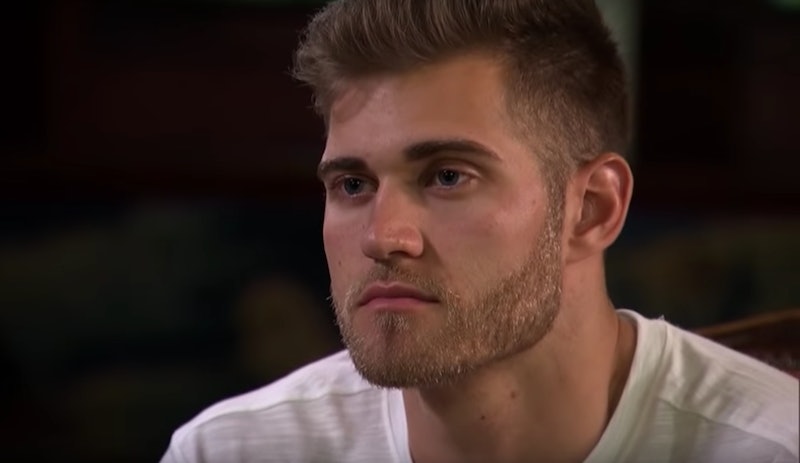 Whether you love him or hate him (or maybe even love to hate him), there's no denying that Luke P. is one of the most talked about Bachelorette contestants this season. But while his competitive nature has proven to be somewhat toxic when it comes to relationships, what Luke P. is doing after The Bachelorette shows he's at least attempting to channel that energy and aggression into a healthier outlet. He may be solely focused on winning Hannah over onscreen, but in reality, Luke is shifting his focus to a new passion. And honestly, that's probably for the best.

Throughout the majority of his time on The Bachelorette, Luke has demonstrated some pretty upsetting behaviors. He's been controlling, jealous, and most recently shamed Hannah for participating in naked bungee jumping during her one-on-one date with Garrett. He then proceeded to gaslight her after she confronted him about it, insisting that she had simply misunderstood what he'd said. All-in-all, this hasn't been a great look for him, which is why Luke also used his elevated platform to apologize for his behavior earlier in the season, posting on his Instagram account that the experience has helped him to learn about his "flaws as a man" and that he hopes to grow from his mistakes.

Hopefully that proves to be the case, and given the many fitness-centric posts that Luke has been sharing since then, it seems as though he's setting his sights on a new goal that has nothing to do with dating. Over the past several weeks, Luke has posted a bunch of CrossFit content on his Instagram, showing fans all of the numerous workouts and competitions he's been participating in since Bachelorette filming came to a close. And it's not just a love for physical fitness that's been inspiring him to make these posts.

"We all have dreams and goals in life and my dream is to qualify for the CrossFit Games," Luke captioned an Instagram post on June 24, adding:

"For those of you not familiar, the CrossFit Games is an athletic competition that crowns the winner as the 'fittest on earth.' [It's] an Ambitious BIG dream but when it's all said and done I just want to know I gave it my all regardless of the outcome. I have already made incredible friendships and learned a lot about life through fitness and discipline."

Luke went on to explain how he's been doing CrossFit for over a year now and realizes that he still has a lot of work ahead of him if he hopes to one day qualify for the games, but is looking forward to the challenges ahead.

Almost all of Luke's other posts are dedicated entirely to him training to achieve that goal, so you can most likely expect a decent amount of workout photos from him in the future. Mind you, this in no way excuses his behavior toward Hannah and his fellow contestants on The Bachelorette, but it's good to know that regardless of how the season turns out, he's putting his competitive personality to much better use.