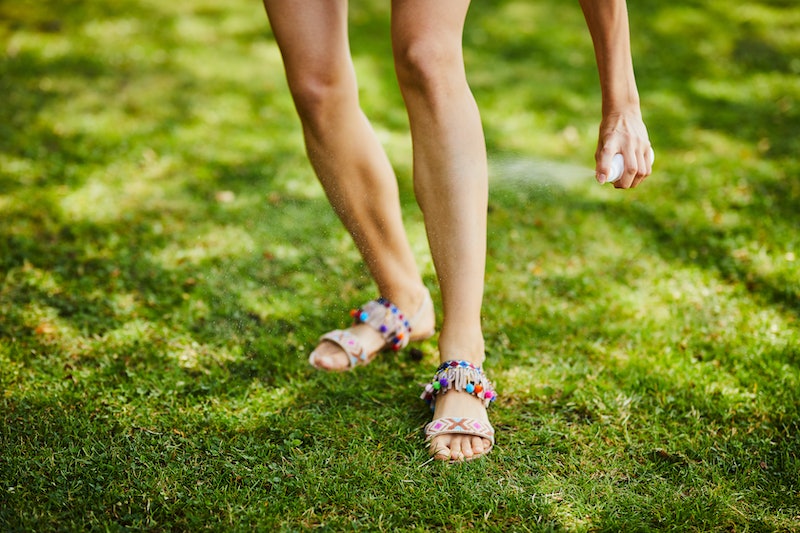 If you've heard of Lyme disease, you may be under the impression that it doesn't really affect people in the UK. After all, mentions of the condition this side of the pond are few and far between. A new study, however, has found that UK cases may be a lot higher than prior estimates. If left untreated, the condition can have long-lasting consequences. So it's well worth knowing what Lyme disease is, how to look out for it, and how to treat it.

The aforementioned study, published in the BMJ Open journal, recorded an estimated 7,738 cases of Lyme disease back in 2012. The problem is that the official recorded number was three times less than this. Unfortunately, more recent data doesn't exist. But after examining the medical records of 8.4 million people in the UK, researchers reckon there could be more than 8,000 cases in 2019 alone.

Half of cases were noted to occur between June and August with Scotland showing the highest number. The south and south west of England also showed similarly high case numbers. “The exact number isn’t so important,” lead author Dr. Victoria Cairns explained to the Guardian. “The point is that it’s a lot, and it’s everywhere, and that’s why people should be informed.”

Lyme disease is a bacterial infection caused by the bite of an infected tick. These teeny tiny arachnids thrive in wooded areas and places with long grass, according to the NHS. Not all ticks carry the bacteria, but those that feed off the blood of infected animals like mice or sheep can pass on the infection to humans. The creatures don't fly or jump. Instead, they latch onto clothes or skin when you brush past their living quarters.

It is exceedingly difficult to determine Lyme disease cases because symptoms often resemble other conditions. Half of the patients in 2012 were treated with "suspected" or "possible" Lyme disease due to this uncertainty, according to the study.

A bull's eye-type rash is a common sign, but around 30 percent of UK patients don't exhibit this symptom, reports the Royal College of General Practitioners (RCGP). The rash isn't usually itchy and can take up to a month to show. Sometimes, it disappears by itself. But this doesn't mean the infection has left the body.

If you notice this or develop flu-like symptoms in the weeks after a tick bite, visit your GP as soon as possible. Blood tests can diagnose the infection. However, in the early stages, results can come back negative, states the NHS. So if you're suspicious you have Lyme disease, ask for a second test at a later date.

A short course of antibiotics can treat early cases well. But if left untreated, more severe damage can occur to the nervous system and heart, as per the NHS. Symptoms can range from memory problems and facial paralysis to painful joints and numb limbs.

The best way to prevent Lyme disease is to avoid being bitten by a tick or to remove an attached tick as soon as possible. Avoidance involves steering clear of overgrown vegetation, applying an insect repellent containing DEET, and covering bare skin when walking outside. Checking your skin, clothes, and pets for ticks can also help.

The creatures tend to bury themselves in the folds of the skin, including behind the knees and in the groin. But they can also be found in the hair too. If you do find one, make sure you remove it properly. Either use tweezers or a special removal tool to grab the tick as close to the skin as you can. Gently pull upwards, ensuring that you don't crush or twist the tick in the process.

With this knowledge, preventing and diagnosing Lyme disease could become a whole lot easier. At least, that's what the study authors are hoping.