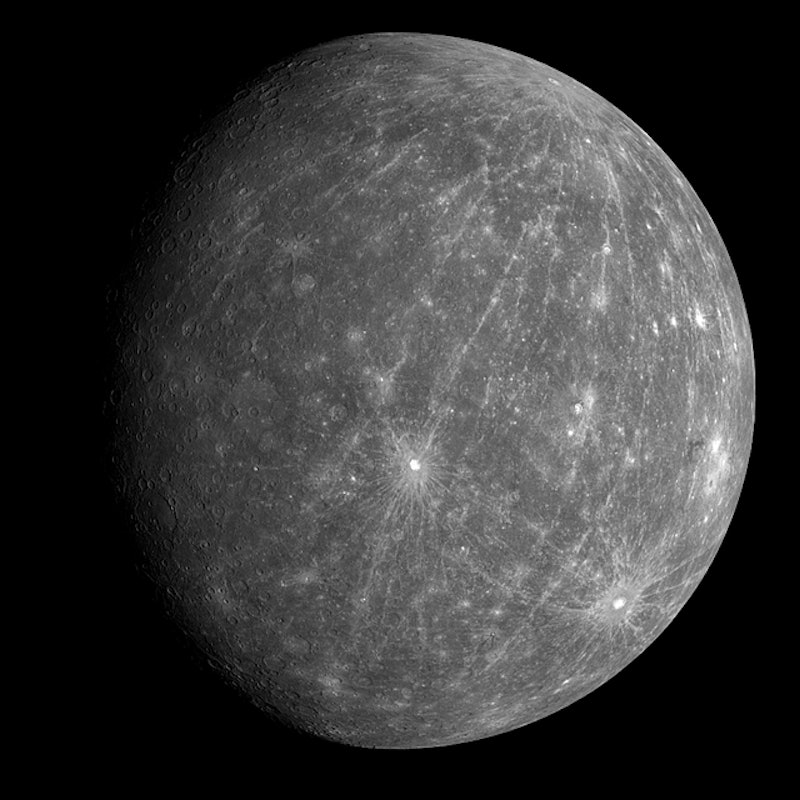 Whenever I feel like communication is off and little things just aren't going my way, I start to wonder if perhaps I can blame the planets for my momentary misfortune. I type the question "Is Mercury Retrograde?" into Google as soon as I stumble home (most likely covered in literal mud and firing off angry texts left and right). After a lengthy search, my intuition is usually right, though being vindicated doesn't always make me feel better. For those who want to skip all that online digging, a simple tool does exist that will tell you when to expect some astrological upheaval. The straightforward site answers one question and one question only — as, indeed, its very URL (ismercuryinretrograde.com) suggests: Is Mercury retrograde?

For those stargazers looking for an in depth approach to astrology or a full explanation of retrograde versus diurnal motion, this site isn't for you. With this tool, there are no lengthy explanations or languorous details about the movements of the planets — just a simple "yes" or "no" answer. When you type in the URL as I write this, for example (April 3, 2017), the site says in large type "NO. Something else must be bumming you out ..." and gives you the the start date and time for the next period of retrograde motion. Since Mercury turns retrograde on April 9, though, the results when visiting the site will be different in just a few days.

So why does Mercury Retrograde deserve its very own website? This astrological scapegoat tends to get a lot of flack when our lives get a tad messy. Mercury's retrograde motion has been said to influence quite a few important things in our life, so when the road gets bumpy, people usually assume the pesky planet is to blame. "The planet Mercury rules communication, travel, contracts, automobiles, and such. So, when Mercury is retrograde, remain flexible, allow time for extra travel, and avoid signing contracts," the Farmer's Almanac advises. "Review projects and plans at these times, but wait until Mercury is direct again to make any final decisions."

Instead of fearing the planet's seemingly backwards movement, the Almanac suggests using the time for reflection and to get priorities straight. All planets go retrograde, and while they may not be as disruptive as mercury, you can't hold the tiny planet closest to the sun entirely responsible.

Gird your loins this month, because Mercury will turn retrograde on April 9. Generally speaking, Mercury retrograde occurs between three and four times a year; in 2017, we are unfortunately blessed with four periods of retrograde motion, according to the Farmer's Almanac — lucky us! Come 6:14 p.m. ET this Sunday, Mercury will appear to move backwards in the night's sky (though its orbit does not actually change direction). Thankfully, our suffering will only last just under a month, as Mercury moves direct yet again on May 3; then we will be free and clear until August. Hoorah!