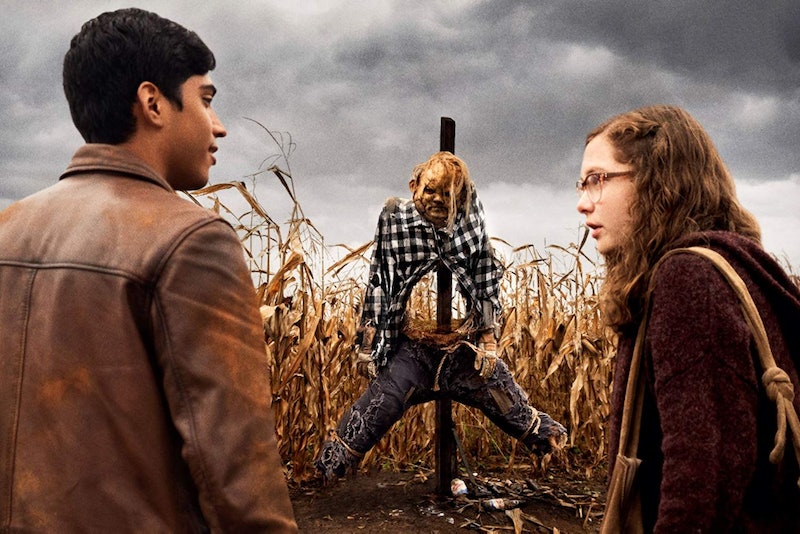 Scary Stories to Tell in the Dark adapts just a few short stories written in the popular collections by Alvin Schwartz and illustrator Stephen Gammell. The overarching plot of the movie is about a group of teenagers who retrieve a leather-bound book of scary stories written by a long-dead young girl named Sarah Bellows from an old haunted mansion. Through it, they discover the real, dark history behind their town, which also threatens its current inhabitants. Mill Valley from Scary Stories isn't a real town, however — at least not the version that exists in the movie.

The real Mill Valley is a city in Marin County, California, situated north of San Francisco, relatively close to the Napa Valley. It's surrounded by mountains, and close to Richardson Bay. And based on the photos from the city's official website, it looks nothing like the town depicted in the film, which is much more of a rural farming community. The film's Mill Valley is in suburban Pennsylvania. And a town called Mill Valley doesn't exist in that state, although there is a Mill Valley Lane in Milford Township, PA.

You'll have to leave the country entirely to see the location that stood in for the fictional Pennsylvania town and was dressed to fit the film's '60s setting. According to the entertainment site Exclaim!, the film was shot in Toronto and a town within the province of Ontario called St. Thomas. Toronto has been a popular shooting location for filmmakers in recent years.

So while Mill Valley is a real place, it definitely isn't a haunted suburban town in Pennsylvania that's being plagued by a vengeful ghost. It seems like the Bay Area city that has its name is actually an ideal destination for enjoying nature, looking at the city's tour offerings. But, of course — as with many places in America and the rest of the world — there are still ghost stories that are frequently told about it and a few supposedly haunted places in the area.

There's usually some truth behind local ghost stories, and even the original Scary Stories book series aren't entirely made up. They were heavily researched by Schwartz, who began his career as a reporter.

According to Mental Floss, while writing his book Witcracks, the author consulted the archives at the Library of Congress and those of the president of the American Folklore Society, and used the same resources for Scary Stories. "Some of these tales are very old, and they are told around the world," Schwartz wrote in the foreword to Scary Stories to Tell in the Dark. "And most have the same origins. They are based on things that people saw or heard or experienced — or thought they did."

But keep in mind that Sarah Bellows and her ordeal — like the town of Mill Valley, Pennsylvania — are not real. While Schwartz and Gammell's books are based on folklore and urban legends, the framing device of the Bellows family and the violent legacy they left was invented for the film.

Of course, that doesn't make it any less scary.

More like this
Your Guide To Watching 'Everything Everywhere All At Once' In The UK
By El Hunt and Sophie McEvoy
What Is Mary J. Blige’s Net Worth? The 9-Time Grammy Winner Is Doing “Just Fine”
By Hugh McIntyre
Taylor Lautner Copped To Finding Jacob "A Little Annoying" In Twilight
By Stephanie Topacio Long
James Cameron May Come To Regret His 'Titanic' Door Experiment
By Stephanie Topacio Long
Get Even More From Bustle — Sign Up For The Newsletter
From hair trends to relationship advice, our daily newsletter has everything you need to sound like a person who’s on TikTok, even if you aren’t.