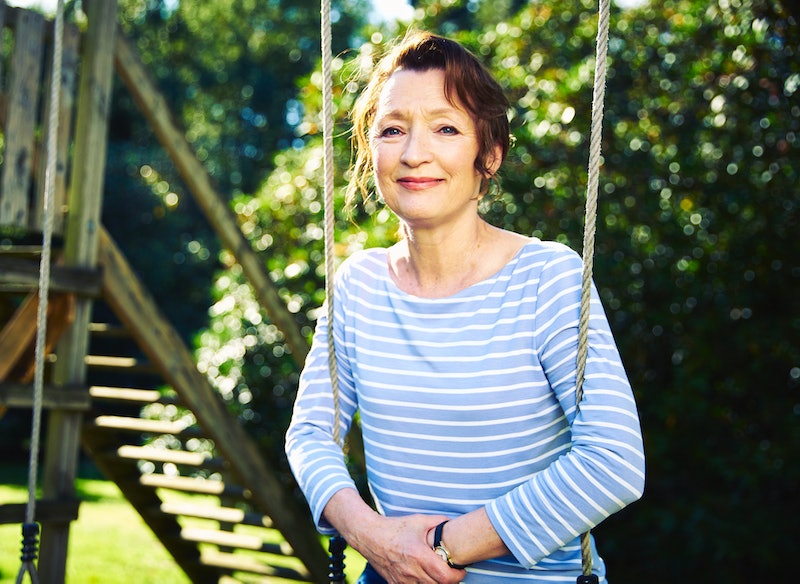 In the '90s, sitcoms were this huge weekly event when everyone sat down together and got the giggles. Yes, I am talking about Friends, but in reality there were so many mega huge shows that brought the LOLs and the cult followings. But with the dawn of streaming services, sitcoms are becoming less and less of a weekly event and more of a huge marathon session. So having a show commissioned is getting increasingly tricky. However, hit shows like Mum prove that there is still an audience for the format. But is Mum based on a true story?

So the show, written by Stefan Golaszewski, isn't based on any story in particular. However, Golaszewski was super inspired by the roles of men and women in TV. Especially women who are past a particular age.

Speaking to the BBC about the sitcom, Golaszewski explained:

"One of the ideas behind Mum was that I think the way TV — and society generally — presents and regards women over a certain age didn't seem truthful. I wanted to look at someone who's reaching a stage in life where our culture would probably regard them as washed up. But why should they be?"

The show is based around the life of Cathy, a woman widowed in her late 50s. Coping with the trauma while also keeping up her role as a matriarch, she's working to get through this tough time in her life. Now I am aware that doesn't sound so hilarious but, guys, that's the brilliance of the show. It finds humour where you wouldn't expect.

The thing that really stands out from the show is the relationships between Cathy and those closest to her. Navigating this new chapter of her life where she is still a mum but no longer a wife, Cathy's loved ones are clearly a big support system for her. A support system which is really helping her get on with things, if only by making her laugh.

Her son Jason and his girlfriend Kelly are living with Cathy, providing support and LOLS. As her deceased husband's parents are still alive, she still has the joy of dealing with a mother-in-law who can occasionally drop some proper clangers. Clangers including shouting from a car "you got fat." Cathy's brother Derek and his eccentric new partner Pauline also pop in and out. Pauline is slightly on the obnoxious side, but provides some serious one liners and burns that will have you rolling in the aisles.

The main man in the show, though is Cathy's life-long pal Michael. Like many great shows, Mum has a will-they-won't-they in the shape of Cathy and Michael. So much so that, at the end of season two, she finally spilled the beans that she felt more than BFF feelings. In the last show, they even held hands, which appeared to leave her son a bit miffed. Oh hello cliff hanger.

Luckily for fans, the show is coming back for its third and (sadly) final season very soon. Will Cathy and Michael end up with a happy ending? I guess you'll have to watch to find out