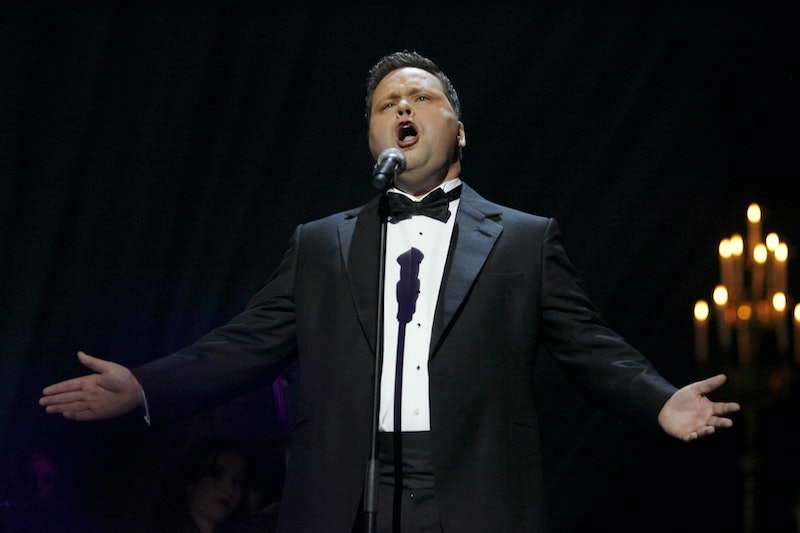 With the arrival of Britain's Got Talent: The Champions, the mother of all TV talent shows is well and truly upon us. The ITV spin-off will see the very best former-contestants compete to be crowned the ultimate Britain's Got Talent champion, and the line-up is made up of some of the show's most memorable acts, including singer Paul Potts, who was crowned winner of the first ever series back in 2007. But what is the BGT champ up to now? Is Paul Potts still performing?

Well, according to his official website, the Britain's Got Talent winner is keeping himself very busy indeed, and has a string of European tour dates lined up throughout the month of November. Prior to his appearance on the ITV talent show's first ever series, Potts worked as a store manager at his local Carphone Warehouse, and according to the Mirror, Paul's first audition went on to become one of the top 100 most watched YouTube videos of all time — after earning over 171 million views. Following his victory, the BGT winner's debut album One Chance went on to top the UK album charts, and has sold more than 2 million copies to date.

During an interview with the Radio Times, Potts revealed that his decision to audition for the first season of Britain's Got Talent arrived completely by chance after he accidentally clicked on a pop-up advert for the ITV series. In the interview, Potts also revealed that despite his performing abilities, he still struggles to overcome his shyness. Speaking to the Radio Times, he said:

"I’ve done about 1,100 shows in the past 12 years, but I’m still the shy person I was and being in the public eye can still be a little bit disconcerting. But you learn to deal with it. You can’t go into this industry thinking that you’ve got to have a persona, because when you try and keep something that’s not real going, that’s the route to mental health issues. You have to be you — if not, life finds you out in the end."

As previously mentioned, Paul is set to appear in the brand new ITV spin-off, Britain's Got Talent: The Champions. According to The Sun, the series kicks off on Saturday, August 31 at 8 p.m. on ITV1, and will run for a total of six weeks. Long-time judges Simon Cowell, Amanda Holden, Alesha Dixon, and David Walliams have all returned to the BGT judging panel, however, moving away from the show's usual format, The Champions is actually pre-recorded and will not include viewer phone-votes. Instead, the eventual winner will be selected by both the judges and the onlooking studio audience.

In addition to Potts, the cast of Britain's Got Talent: The Champions includes the likes of Ashleigh Butler and her new dog Sully, Stavros Flately, George Sampson, Connie Talbot, Lost Voice Guy, reigning champ Colin Thackery, and many more — and I don't know about you, but I'm so excited for what promises to be a spectacular season.

Britain's Got Talent: The Champions starts on Saturday, August 31 at 8 p.m. on ITV1