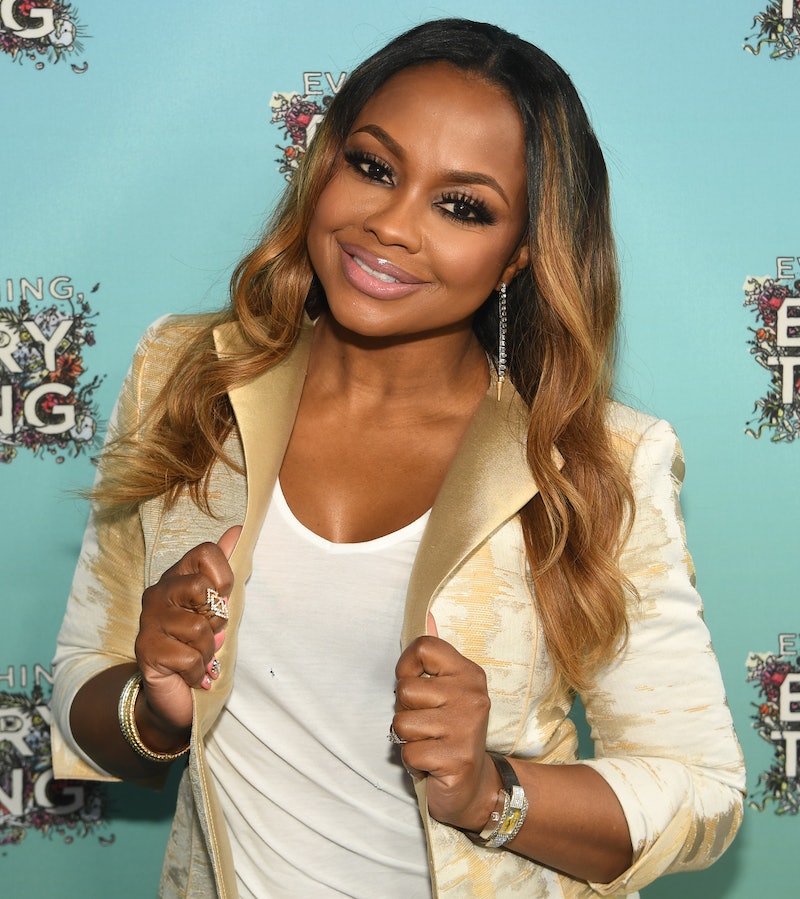 On Sunday, the fourth and final part of Real Housewives of Atlanta's Season 9 reunion came to an explosive end. I don't know about you, but I certainly didn't expect the revelations from Porsha Williams about Phaedra Parks. To make matters more dramatic, there are now reports circulating that Parks may not be returning to RHOA for Season 10. Bravo had no comment for Bustle on the matter.

During the reunion, Williams revealed that Parks was the one who told her the accusations about Kandi Burruss wanting to drug and rape her. Throughout the season and on the reunion, Burruss passionately denied this accusation multiple times. Williams even alleged that Parks said Burruss was the one who told her that she was going to drug and sexually assault Williams. Though, Parks denied that and said she heard it from someone else, then repeated it. In the end, Parks did apologize for repeating what she claims she heard, but things are understandably not good between she and Burruss.

Now because of all this, there are rumors that the lawyer may no longer have a spot as a Real Housewife. According to Page Six, Parks was fired. TMZ also claims that Parks was informed in early April that she wouldn't be welcomed back due to the rumors she spread about Burruss.

While chatting with People, Parks opened up about her possible return to the series that she's been part of since Season 3. If she had it her way, she would come back. "I would love to continue," she told the publication prior to the final episode airing. "Obviously the show documents your journey, and every journey has its ups and downs."

Parks added, "It’s not always accurate, of course. But for the moments that they capture something that’s real — like being a mom, helping someone out, having a very sensitive moment on television that turns into something beautiful — that’s the legacy that counts when it comes to reality TV. The moments that change people’s lives."

Who knows if Parks will return at this point — again, Bravo has not announced anything — but if she does there's a high chance that Season 10 will be a rough one.