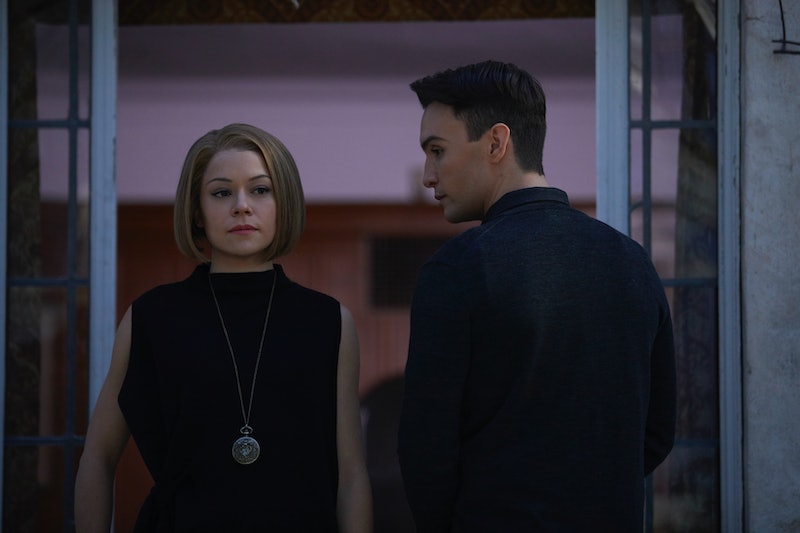 Season 4 of everyone's favorite clone show ended with a series of twists that set the show up for a thrilling final season — but chief among those was the revelation that the centuries-old founder of Neolution, P.T. Westmoreland, was supposedly still alive. But is Orphan Black's Westmoreland actually real? And if not, then what the heck is going on over on that creepy island inhabited by fanatical cult members and rabid humanoid monsters?

Since last June's season finale literally ended with Rachel smiling as she prepared to meet the mastermind behind her beloved organization, you'd be forgiven for assuming that the show was preparing to introduce viewers to the legendary Westmoreland in the Season 5 premiere; but, no such luck. Although Rachel does get to go to her meeting in "The Few Who Dare," the viewer is not privy to the details of their encounter. In fact, when Rachel emerges afterwards, she addresses the gathered crowd of Neolution cultists alone, claiming to be delivering the words of Westmoreland himself. But is she really? Or is she merely pretending to have met a man who doesn't really exist?

The setup of a shadowy leader delivering instructions from behind a curtain through an intermediary is certainly a familiar one, whether it's Benjamin Linus claiming to be speaking for the mysterious Jacob on Lost or Professor Marvel creating the construct of The Wizard to awe the Ozians into submission. Supposedly residing unseen in that large and opulent castle overlooking the Neolutionist camp, Westmoreland is certainly starting to seem less and less real by the second.

Maybe when Rachel entered that castle, she was brought in on the secret that Westmoreland is simply a fictional construct created to keep the Neolutionists in line; a charade that each subsequent leader is forced to continue lest they shatter the illusion and lose their followers' faith. Then again, there's one problem with this theory: back in October, Variety reported that Stephen McHattie had been cast as Westmoreland. But is the 70-year-old character actor (300, Watchmen) really playing the literal immortal founder of Neolution? Or is he perhaps just a face that the organization puts on its fictional leader to shore up the illusion? (This casting also flies in the face of the popular fan theory that Kira's father Cal is Westmoreland. Sorry, Clone Clubbers!)

Whatever the answers to the questions turn out to be, it's clear there's a lot more to be revealed about P.T. Westmoreland in the show's final nine episodes… whether he actually exists or not.