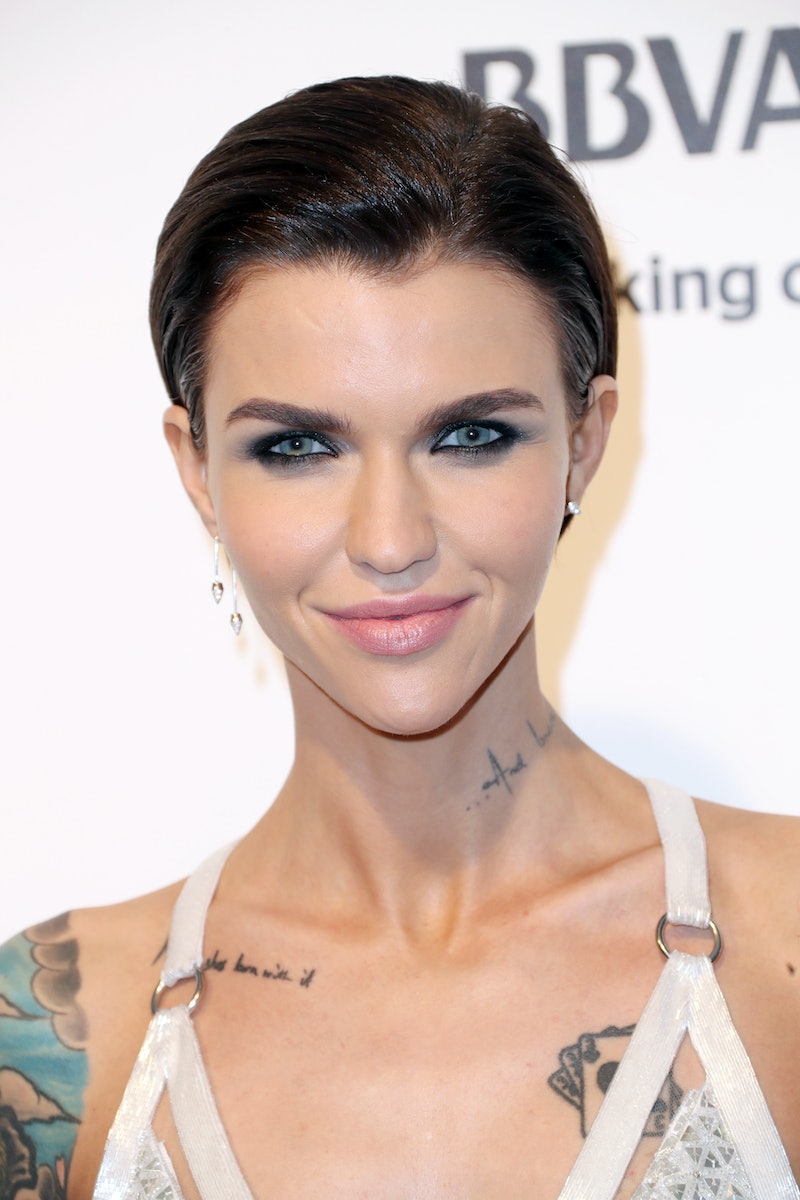 June may mark the beginning of summer for some people, but for me, it always means that I can marathon the new season of Orange Is The New Black. Season 5 is nearly here, and boy, are we in for some drama. Season 4 ended with Daya holding a gun at the guards. But where are our other favorite inmates at Litchfield? Will Ruby Rose be back in Season 5 of Orange Is The New Black?

Ruby Rose’s character Stella showed up in Season 3 of Orange Is The New Black as the hot new inmate who quickly took a liking to Piper. The two got into business together when they were making illegal panties and selling them to men online, and this seemed to work out well. It also worked out well that Stella and Piper started a romantic relationship — Stella was single and Piper was no longer with Alex. Stella even gave Piper a tattoo with a makeshift tattoo gun that said “Trust No Bitch.” Unfortunately, Piper should have taken that advice a little more to heart because Stella soon steals all of the money from the illegal underwear business just as she’s about to be released. Not cool, girl. But Piper doesn’t get mad, she gets even, hiding contraband in Stella’s bunk just two days before her release. It is found by the C.O.s and Stella is sent down to the maximum security prison. Trust no bitch, indeed. Stella made a very brief appearance in Season 4 with Nicky, who has also been sent down to "max." Nicky and Stella recount a dalliance they had when an officer drops a bag of drugs at Stella’s feet, and Nicky freaks out, saying she wants nothing to do with that stuff.

At the end of Season 4, Nicky is out of max but Stella is still in there, so how will she be brought back into the quickly unraveling fray at Litchfield in Season 5? Australia’s Daily Telegraph reported that Stella Carlin would rise again on Orange Is The New Black, allegedly appearing in Season 5 to “cause a major shake-up for the inmates of Litchfield.” Sorry, isn’t that what she did the first time? Rose didn’t confirm her return, once saying, “As it stands right now, it could go either way.” I love a good non-answer answer as much as the next gal, but I don’t see how Stella could return to the show at this point in time. And SPOILER ALERT FOR SEASON 5... she doesn't.

That doesn't mean she couldn't still return in the future if some of the inmates in the minimum security prison are sent to the maximum security prison because of their role in the riot. Pointing a gun at a C.O., even if that C.O. deserves it since he brought the gun in in the first place, is not really looked upon well in a prison. Since Stella, as far as we know, is still in max, it would make sense for all of the women to see her again if they were sent away for their involvement. Don’t get me wrong: I would love to see Stella, but this isn't something that made sense on Orange Is The New Black — at least not this season.