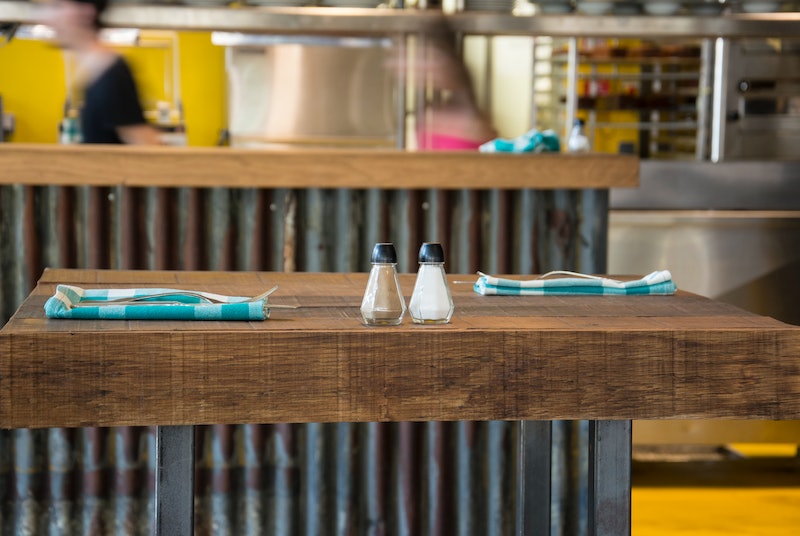 Twitter developed a serious crush on viral foodie star and Turkish chef Nusret Gökçe over the weekend, affectionately dubbing him “Salt Bae.” Now Twitter users from around the globe are dying to know the answer to one simple question: Is Salt Bae married? You would think that thousands of people endowed with the power of social media and ample WiFi could confirm something as frustratingly simple as a relationship status — but Gökçe has proved to be far more mysterious than anyone had originally imagined.

Gökçe, who heads a chain of steakhouses in Turkey and Dubai, has maintained a strong Instagram presence for quite some time. The chef didn't ascend to true viral fame, however, until he posted a 36-second video on Jan. 7 showing off his adept knife skills and flare to spare. After watching Gökçe slice through a thick steak as easily as butter and sprinkle salt so that it shimmers like tiny diamonds as it falls onto the meat, the internet couldn’t help but fall in love. Gökçe's sodium-rich skills earned him the first half of his nickname, and his erotic handling of raw meat made him the ultimate bae.

But Salt Bae remains mysterioues: Aside from posting an Instagram video of himself de-boning a rack of ribs and performing his patented salt move on Jan. 11, the chef has kept his silence. So, armed only with Google Translate and a hunger for information, I combed Turkish media searching for clues about the man known as "Salt Bae."

According to an interview with the Turkish media outlet Aksam, Gökçe was born in 1983 and grew up in the costal town Darica, outside of Istanbul. The son of a miner, and one of five children, Gökçe became a butcher's apprentice in his teens when, due to financial issues, he was unable to attend school. He has travelled widely studying his craft, including bouts in Argentina and New York. He opened his first restaurant in 2010, and according to the interview, he was not married at that time. Today, I suspect he would have no problems finding someone, thanks to his viral meat magic — if, of course, that's how he rolls. It's also A-OK not to partner up, too; you do you, and let Salt Bae do Salt Bae — whatever that may mean.

The chef is now a fixture of the Turkish restaurant scene, hobnobbing with the international celebrities and sports stars that come to dine at his establishments.

One Instagram post that has confounded the internet, however, has also become a meme in itself — a submeme, if you will. It shows Gökçe wearing an unbuttoned black shirt and his signature round shades posed with nine children. The caption states (translated somewhat clumsily via Google Translate), “The man who does not spend time with his family is not a real man.”

While many have inferred that Gökçe may in fact be the father of as many as nine children, some of them could always be could be, say, nieces or nephews. While I can't confirm or deny anything (and Salt Bae isn't talking — many outlets, among them Bustle, have reached out for comment to no avail), his ring finger remains bare in all of his Instagram photos.