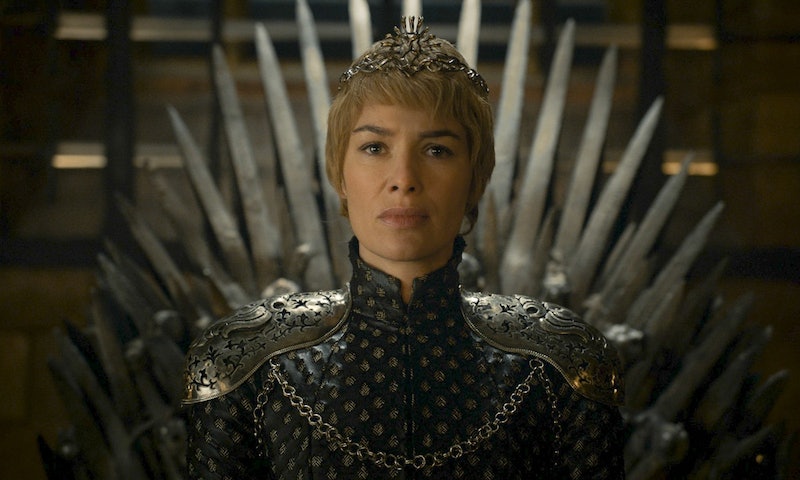 By now, Game of Thrones has been on air for a staggering six years, leaving a trove of bloody battles, provocative sex scenes, and elaborate, engrossing drama in its wake. But the HBO epic has been inching toward its endgame for quite some time, and eventually, fans will have to bid adieu to the fantasy land of Westeros. So when, exactly, will the show's final chapter close? Is Season 7 the last season of Game of Thrones?

Fortunately for viewers, there's still plenty of story to be told. Not only does GoT still have Season 8 in the pipeline, but those episodes will be the series' longest yet. Despite Season 8 having only six installments in total, they may all be feature length, according to Deadline. So, rather than watching 10 shorter chapters play out, you'll essentially be settling in for a weekly Game of Thrones movie night.

Plus, reports emerged in May that even though Season 8 will mark the final run for GoT, HBO is reportedly developing not one, not two, not three, but four — count 'em, four — spinoffs. Aside from the fact that they'll explore different time periods — which frankly, doesn't reveal much— there aren't many details yet about what those potential new shows will entail or when they might arrive. It's also possible that not all of them will make it past production, but according to Entertainment Weekly, HBO is determined to find "at least one" replacement that can successfully carry their flagship series' torch. Suffice it to say the GoT world isn't going anywhere, so let's all take a deep breath and focus on the task at hand, OK?

With season 7 set to premiere July 16, there's a whole slew of burning questions waiting to be answered, and fans will need to be on high alert for any clues. Where is Daenerys headed, and who is she meeting? How long will Cersei be queen, and who (if anyone) will threaten her reign? Who will Arya kill next? It's a lengthy list, and those questions only begin to skim the surface.

With so much of GoT left to come, fans likely won't get all (though hopefully some) of those answers, but at least there's plenty of time to get through it all. The GoT series finale may seem close, but rest assured, it's still far, far away: There are literal years left until the GoT universe is officially gone for good.