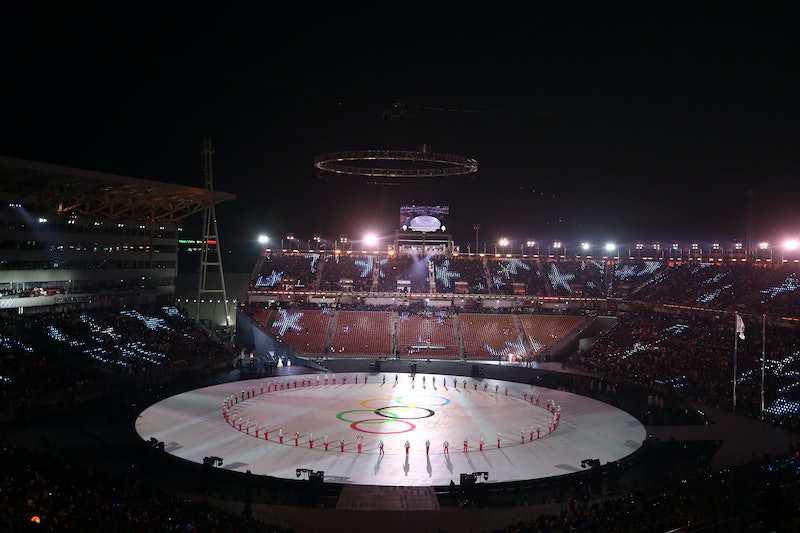 After issues with warm weather at the last two Winter Games, PyeongChang faces a unique problem: It's cold. Really cold. The temperatures are projected to range from 20 to 40 degrees Fahrenheit in the coming weeks. With the addition of wind chills, athletes and spectators alike will be cold. The organizers of these Olympics have taken that into account, of course, and have plans in place to keep everyone warm. A heated Olympic stadium at the 2018 Winter Games is not part of them, however.

The stadium was built to be used just four times, at the tune of $58 million. After the games, it will be demolished.

Given its short lifespan, some concessions were taken to save money. No roof and no heating system was part of that cost savings. Of the four official events to be held at the site, one is already over (the opening ceremony.) That leaves the closing ceremony and the Paralympic Games' ceremonies as its next and final three.

That might seem wasteful, but just 40,000 people live in PyeongChang County and the stadium seats 35,000. Keeping it open would be an even bigger expense.

That said, even understanding the budget constraints, it will be cold. Back in November, a pop concert was held at the stadium and six people were later treated for hypothermia.

So instead of heat, the organizers have put in other plans. For the opening ceremony, the PyeongChang Organizing Committee for the Olympic Games (POCOG) decided to provide those in attendance with blankets and winter hats, just in case some went unprepared. Everyone was given a warm seat cushion, hand warmers, and feet warmers, and a raincoat, too. The organizers called them "items to combat the cold and allow them to enjoy the celebration in comfort."

Assuming these plans are put in place for the closing ceremony and Paralympics Games, too, there is hope for the spectators. At the opening ceremony, some saw empty seats, and blamed the weather. It was actually an LED light show that caused the confusion, and organizers say the stadium was 95 percent full. Hot food and beverages were served, though, there were warm rooms where spectators can take breaks.

According to the official website on the opening ceremony:

POCOG will also provide patio heaters around the corridors; hot food and beverages at 10 concession stands; mobile food stores; 16 rooms with wind screens where spectators can stop in and take a break from the cold. Hawkers selling hot drinks will roam the aisles. Spectators are encouraged to dress warmly and use mufflers, thick socks and heat packs.

The American Olympic athletes at the opening ceremony had an advantage — all thanks to one American designer who made their uniforms. The jackets that they were wearing came with a battery that heats up the American flag that is stitched inside as a part of the lining. Designed by Polo Ralph Lauren, the coats are far warmer than any simple down parka could be.

The flag design is printed in carbon and silver ink, which conducts and transmits the heat from the batteries, which can last for as long as 11 hours. After the opening ceremony, athletes better remember to charge theirs in preparation for the closing ceremony — or just walking around PyeongChang. Spectators missed out though, unless they acted early. The jackets are currently sold out.

The cold shouldn't interfere with any of the planned events, although wind led to some skiing competitions being delayed. Strong gusts can be dangerous for skiers far up the mountain.

If you're in PyeongChang make sure to dress appropriately. If you're watching from home, send some warm vibes to South Korea.