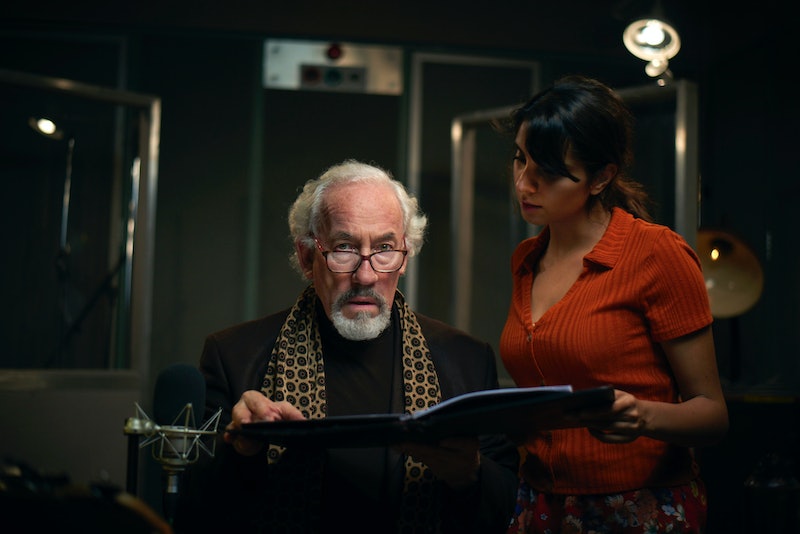 It's the spook, spookiest time of the yeeeeear! What? No, it's the happ, happiest. Well actually y'all think about it. Poor old Scrooge getting super haunted, and like that whole Crampus thing, and then also let's be real incredibly low bank balances, make Christmas in some ways far scarier than Halloween. But one particular dose of Yuletide terror is set in such a realistic setting that one can't help but fearfully ponder — is The Dead Room based on a true story?

The new and tantalisingly terror-filled ghost story for BBC Four will definitely have you wondering, however it is in fact a fictional TV play which is written and directed by the very excellent Mark Gatiss. I am not surprised if that name rings a bell because Gatiss is a bit of a boss in the TV world. Not only does he write and direct hit shows like Sherlock and Dr Who but he also stars in them too. Remember The League Of Gentlemen? Yep that dark-as-can-be comedy is his doing, and coupled with the fact that he's adapted Dracula into an upcoming mini series means that this is a man who is absolutely not afraid of a little bit of terror.

So what is the story about? Loads of people dead in a big old room that is dead? Well, not quite. It might help you picture the story a little better if I tell you what a dead room actually is. So basically, it is a room that is impenetrable noise-wise, completely soundproofed to eradicate ambient noise. Ambient noise is the enemy of good, clean audio so if you take it out of the equation, you will produce far better audio. Imagine a radio studio or recording studio and you get the idea. Nothing creepy about that though is there?

Of course, there's a bit more to the story than that babes, in actual fact a lot more. Aubrey Judd, played by real life veteran actor Simon Callow, is a legendary actor and voiceover artist. He returns to the studio dead room to record the horror series which he has narrated for actual decades. Think BBC Radio Four veteran vibes. Anyhow, this time round there is something off about the set up, something different than before. The studio appears to be haunted by the dark and troublesome past of Judd. Speaking to The Radio Times, Gatiss said he was inspired by the legendary horror writer MR James, and used his model of storytelling.

"What I’ve done is I’ve essentially dramatised MR James’ rules on the ghost story. And one of his rules is that the ghost has to be malevolent — there’s no such thing as a friendly ghost".

The synopsis of the show, which will be a mere 30 minutes long, shows that this is likely to be a clash of changing times, the past, the present, and how you cannot escape your own ghosts. The show description reads,

"Aubrey Judd, the radio series’ veteran presenter and national treasure, who finds that he must adapt to changing times and tastes. But whatever happened to the classic ghost stories? The good old days? Aubrey soon discovers that all is not quiet in the eerie radio studio – and that elements of his own past are not as dead and buried as he perhaps hoped"

The programme was filmed in the BBC's legendary Maida Vale Studios, which have hosted a lot of pretty mega music performances including the Philharmonic Orchestra, and is sadly set to close this year.

With all the spooky going on in this story, maybe the title has more to it than just a soundproofed studio.

Watch The Dead Room on Christmas Eve at 10 p.m. on BBC Four.