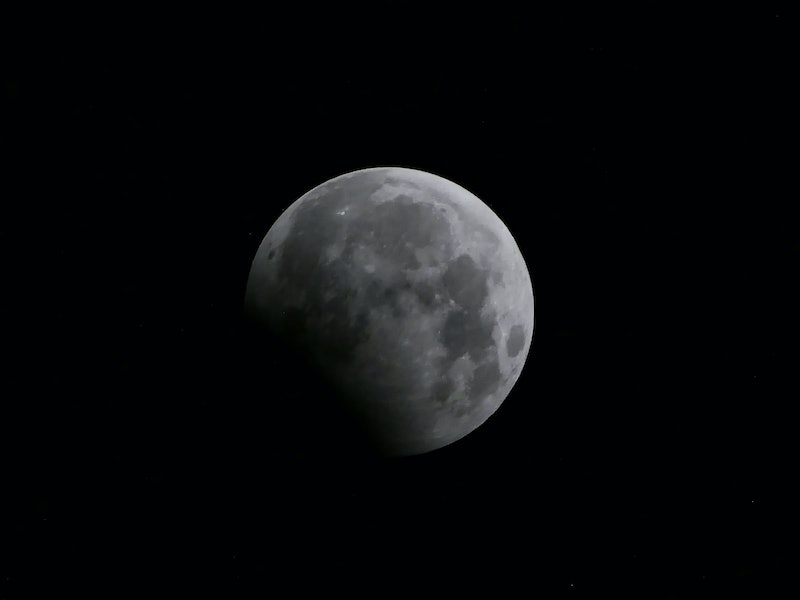 Stargazers, space lovers, and Neil Young fans will be delighted to know that we're all in for a special treat on Oct. 5: The Harvest Moon is back! If you're one of the many that are likely scratching their heads and wondering why you remember 2016's Harvest Moon occurring in September, don't worry: you're not going crazy, and you're actually right. It's actually rare that the Harvest Moon occurs in October, and the last time it did was 2009.

Confused already? Allow me to explain.

The Harvest Moon, which is defined as a full moon that falls closest to the autumnal equinox (which occurred in 2017 on Sept. 22), typically occurs when the sun crosses the equator in late September. That means that since the last full moon appeared on Sept. 6, the Oct. 5 full moon arrives only 13 days after the autumnal equinox, and is therefore closer this year. Historically, the Harvest Moon is the full moon that occurs closest to the first day of autumn, and that usually ends up being the September full moon — so the fact that this harvest moon is happening in October makes it sort of, kind of a rare occurrence.

According to the website Space.com, an October Harvest Moon is a fairly rare occurrence that's "set to occur only 18 times, between 1970 and 2050." A full moon typically occurs in September much closer to the autumnal equinox, which is why it generally happens during that month.

According to an interview with National Geographic, Ernie Wright — a specialist at the NASA Goddard Space Flight Center’s Scientific Visualization Studio in Maryland — said that based on the equinox and the regular 29.5 day cycle of the moon, the possibility of a Harvest Moon occurring on any date between Sept. 7 and Oct. 8 is roughly one in four.

So, what can you expect to see during Oct. 5's Harvest Moon exactly? This is the fun part. In the few days before and after the Oct. 5 Harvest Moon, the moon will rise around sunset. Now, depending on where you are in the Northern Hemisphere and what your cloud coverage situation looks like, the moon could take on an orangish hue (which, considering it's October, means that the moon could look like a giant floating pumpkin). Additionally, in the nights after the full Harvest Moon, you’ll see the moon ascending in the east relatively soon after sunset. The moon will rise during or near twilight on these nights, making it seem as if there are several full moons for a few nights in a row.

Now, it's believed that the name "Harvest Moon" dates back hundreds of years, to a time when farmers would use the light of the full Harvest Moon to work into the evening as it began getting darker earlier so they could gather crops to prepare for winter. It's an interesting concept and tradition to think about as we prepare to look up at that big beautiful circle in the sky on Oct. 5.

You can find your local moon phases including moonrise and moonset here.

Shine on moon. Shine on.