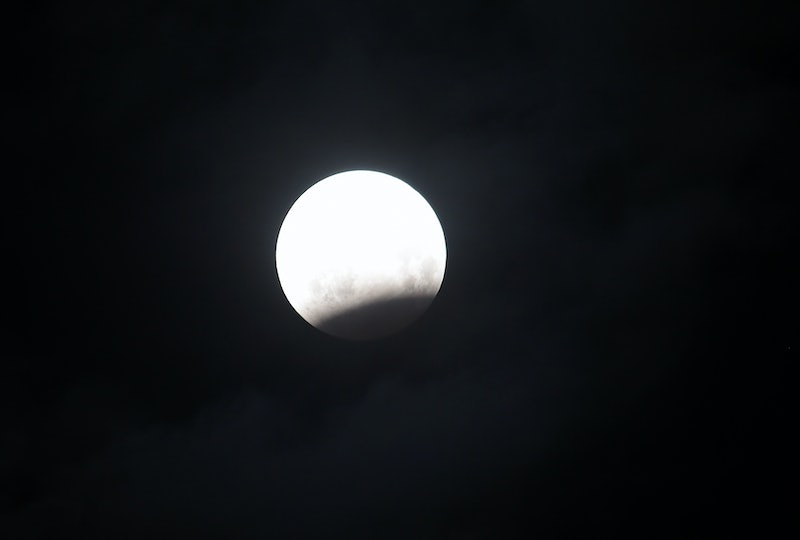 Growing up it seemed like there were a lot fewer names for the moon — either it was full, or it wasn't, amirite? But lately, people have been taking more of an interest in the actual names for the different full moons. For the Algonquin tribe, who created many of the names we have for full moons, naming the moons was their way of keeping track of the seasons and the lunar months, but for us, the nicknames are not applicable, merely interesting. During the fall, the two most talked about moons are the Harvest Moon and the Hunter's Moon, because it seems like every October, people are calling the full moon one or the other. Is there even a difference between the Harvest Moon and the Hunter's Moon? Why do people use both names for the same thing?!

I told you, it's a little confusing.

So, why these names? The Algonquin tribes would wait until after the autumnal equinox to collect their harvests. They wanted to make sure that everything was ready to eat, and yet not too ripe, or left out too long that the animals could get to them first. Once they collected their bounty, the next phase of preparing for winter would be to hunt — hence, the Hunter's Moon. Not only was the timing of this full moon perfectly aligned to their crops, but the brightness and yellow hue (due to dust in the atmosphere) gave them a lot of light to see what they were picking during times when it would get darker sooner than it would in the summer. Not to mention, hunters could more easily see the animals they were looking for, as they too were looking to collect fallen grains and fruits in the bright night light.

So you might hear people refer to Oct. 5's full moon as the Harvest Moon and you might hear some people referring to it as the Hunter's Moon — and they're both right. I mean technically, it's just the Harvest Moon, but unless you're stuck on a really long line at Whole Foods and have a long time to explain the difference to two people arguing about it nearby, either name is correct.

And just because they're the same thing this year doesn't mean they're any less special. The first autumnal full moon is a great reminder for us to think about what we're grateful for.

While it's fun to use the traditional full moon names, I think it's important to understand the meaning behind each and think about how far we've come as a civilization. I mean, really think about it: if we had to name the full moons now, the October full moon would probably be the Nashville Moon because its yellow tint would remind us of the Nashville filter on Instagram. While we have no need to rely on the full moon for anything other than a spectacle, it's nice to know what the before before us thought about when they looked up at that very same moon.