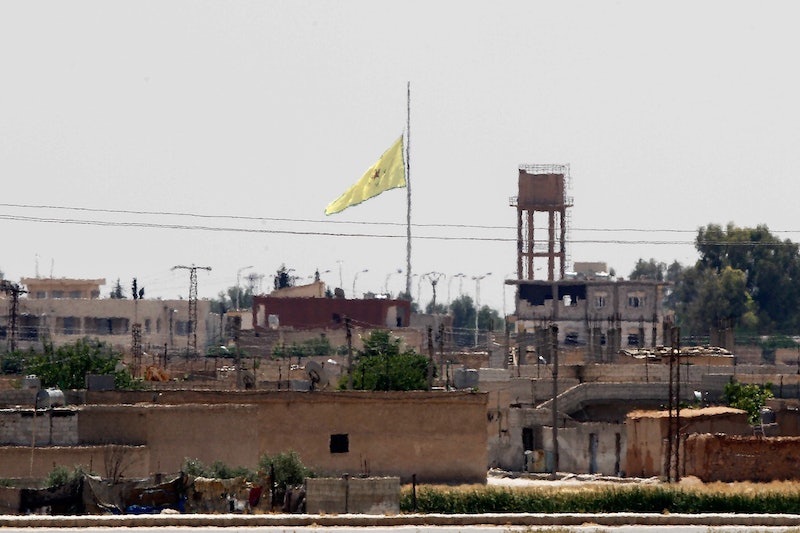 According to a report from its defense ministry Friday, Russia may have killed ISIS Leader Abu Bakr al-Baghdadi in a May 28 airstrike near the Syrian city of Raqqa. There has, however, been no independent confirmation of Baghdadi's death from either U.S. defense personnel or Iraqi officials.

Since Baghdadi first declared himself the leader of a caliphate spanning the entire Muslim world back in 2014, reports of his death have been frequent, but have always turned out to be false. As a result, Iraqi officials are skeptical of Russia's claims, Reuters reported, and the U.S.-led military coalition in the region could not confirm Baghdadi's death. Russian Foreign Minister Sergei Lavrov also said that he does not yet have a "100 percent confirmation" of Baghdadi's death.

According to Reuters, the Russian Defense Ministry wrote on its official Facebook page that it is currently investigating the situation to determine whether or not Baghdadi was killed. Russia reportedly launched its May 28 airstrike near Raqqa in response to intelligence that a meeting of ISIS leaders had been planned there. The ministry, which is now verifying this intelligence, reported that Baghdadi was present at the meeting, which would mean that he would have been killed by the airstrike. Russia's defense ministry also claimed that the airstrike killed approximately 30 mid-level ISIS leaders and 300 ISIS fighters.

It is unclear whether or not Baghdadi would have been at the meeting in question. ISIS forces are close to defeat in Raqqa — Kurdish militias backed by the U.S. are getting closer to taking the city — which means that Baghdadi would have taken an enormous risk by attending a meeting near a major target like Raqqa. Reuters also spoke to a colonel with the Iraqi national security service, who said that it is unlikely Baghdadi was there and that one of his aides may have been killed in his place. According to this anonymous colonel, Baghdadi has been cautiously evading surveillance while operating on the Iraq-Syria border. Consequently, The Guardian reported, Baghdadi is not known to have traveled to Raqqa in recent months.

If Russia really did succeed in killing Baghdadi, however, it would be a significant blow to ISIS, whose territory is already shrinking in both Iraq and Syria. However, Lavrov warned the public to remain cautious in discussing the impact of Baghdadi's potential death. The "beheading of terrorist groups has always been presented with great enthusiasm," Lavrov said. "However, history shows that the fighting capacity of these structures were then restored."