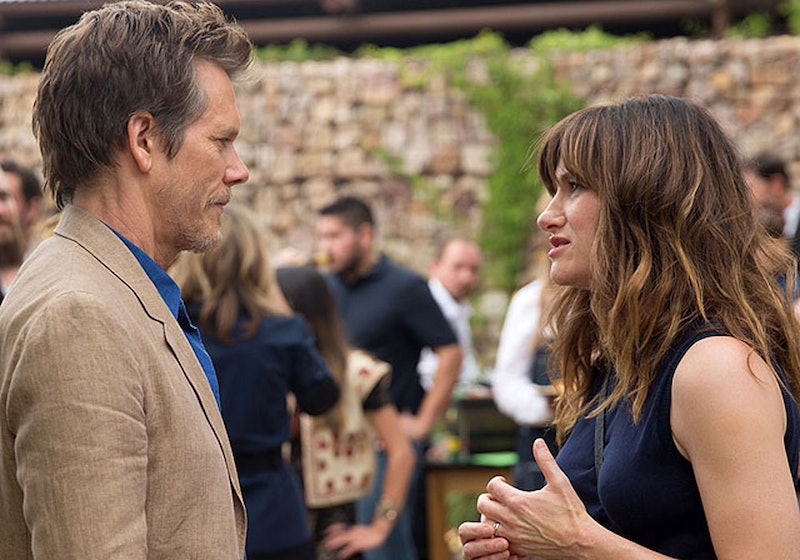 Those familiar with the book Amazon's new series I Love Dick was adapted from may know that it's loosely based on a real life story. In the semi-autobiographical novel, author Chris Kraus develops a psycho-sexual infatuation with an illustrious academic named Dick, pushing her into a profound exploration of female voice and desire. The show follows a similar narrative, but shifts things slightly. Instead of a scholar, Dick is a rugged sculptor running an art residency in Marfa, Texas. Because the story has truthful roots, it's natural to wonder if the changes are also grounded in fact. So, is Marfa Institute from I Love Dick real?

Turns out, it's actually a somewhat complicated answer. By name, the Marfa Institute is entirely fictional, but because both projects draw from real life, it does have some IRL touchstones. After the book was published, "Dick" identified himself to New York Magazine as Dick Hebdige, a renowned media theorist and sociologist. (Hebdige claimed the book violated his privacy.) He's also a professor at the University of California, Santa Barbara, so it's possible Kraus shaped some character details around his teaching style.

According to The Ringer, showrunner Jill Soloway (Transparent) moved the setting to Marfa in part because of Donald Judd's influence there. The esteemed minimalist was a leading force in transforming the desert town into an arts mecca, and Dick's institute serves as an analog for Judd's own Chinati Foundation, which does, indeed, have an artists in residence program, as well as a lengthy list of past participants. According to its website, the program was founded in 1989 with the "aim of supporting the development of artists of diverse ages, backgrounds, and disciplines" and "provides an opportunity for artists from around the world to work in a striking, natural environment."

Beyond that, the Marfa Institute doesn't seem to have much in common with Chinati besides its mere existence — though Dick's colossal, clean-lined installations do bare a strikingly resemblance to Judd's work.

But in the scope of things, the university isn't really all that important. It's used more as a plot device for getting Chris and her husband, Sylvére, to leave their home in New York City and move to Marfa, which is where, of course, Chris first meets Dick. Sylvére, a Holocaust historian, is attending the residency program to further his work on “trauma and the implications of multidirectional memory in contemporary acts of violence," and Chris is tagging along.

What is significant is the staggering impact Dick seems to have had on the community around him. His institute is considered one of the most prestigious in existence, with a waiting list many candidates are on for years before gaining acceptance. It paints him as a near-sacred figure — brilliant, admired, untouchable — which makes it sting all the more when he dismisses Chris's work. And that only fuels her obsession: the more Dick rejects her, the more Chris wants to be seen.

As you get further into the series, that will the story that grips you, not its real-life backstory.