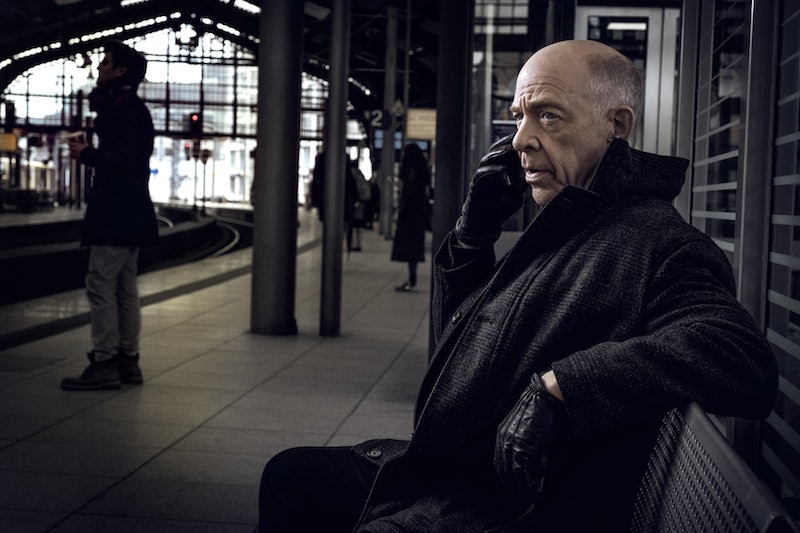 Howard Silk of Counterpart (executive producer: Amy Berg) is an efficient worker, even if he isn't sure what he's doing. Spoiler for the premiere! Despite having a job that seems to consist of mindless tasks, inane conversations, and the inability to point out if someone has their spot on their tie, one of J.K. Simmons' Counterpart characters still craves to climb up the corporate ladder and discover what it is that his office really does. It seems that the secrets of this international organization run deep, which could lead some viewers to wonder if the Office of Interchange from Counterpart is real or if there is any government agency that is actively looking into parallel universes.

Howard Silk's entire concept of reality is challenged when he one day discovers that the office is responsibly for guarding a portal to another dimension; one which the majority of its employees are not informed about. Somewhere in the office, there exists a passage between two parallel universes and opens up to a world just slightly different from Howard's. It seems that the two parallel offices trade information with each other in complete secrecy.

While there doesn't appear to be a real Office Of Interchange anywhere, you could say that chances are if there was one, they probably wouldn't be eager to announce themselves to the world. That would defeat the goal of being a secret organization. However, just because there isn't a publicly known government agency dedicated to investigating parallel universes doesn't mean that those ideas haven't been looked into.

Counterpart (second unit producer, Germany: Christine Günther) only briefly dips its toes into its parallel dimension when the show begins, only following Alternate Howard Silk to his Alternate Universe. The premiere episode reveals that two parallel universes were created as a result of some high-level experimentation 30 years before the events of the series begin.

The Starz series is based in a fantastic and ominous bit of science fiction, but reportedly, the actual federal government has been interested in proving whether or not that science fiction is actually fact. In an interview on Chelsea about Stranger Things, another popular show that deals with parallel universes, former United States Secretary of Energy Ernest Moniz. Moniz offered that the Department of Energy is a supporter of "very basic science," which includes trying to understand the "structure of the universe." Moniz explained that "theoretical physics addressing [the structure of the universe] looks at things like higher dimensions than three dimensions [and] parallel universes."

While parallel universes may seem too fantastical to exist outside of science-fiction, The Guardian reported in 2017 that " increasingly astronomers and cosmologists seem to be invoking the multiverse to explain puzzling observations." The theory behind the concept of a Multiverse suggests that the universe that we're familiar with is just one of many other universes that exists. If there is more than one universe, there is a chance that there exist an infinite number of universes. As such, there's a chance that some of those universes are almost identical to this one, save for a few small differences, making them akin to parallel universes. In the world of Counterpart, that theory was proven during the Cold War.

As far as the look of The Office Of Interchange on the first Howard's side, creator Justin Marks took inspiration from a much more traditional kind of agency. At a preview event for the series, Marks told press that he thought about his grandfather, who worked for the Treasury Department for "his whole life" and put a lot of what he learned about civil service and civil servants in Simmons' character.

And the everyday, somewhat drab existence of Howard makes the reveal of the Office's true purpose all the more surprising. As there is in a lot of science fiction, there is some truth to the concepts explored in Counterpart, as unbelievable as they may seem. The Office Of Interchange may not be a real building in our universe — but who is to say that it's not real in another one?