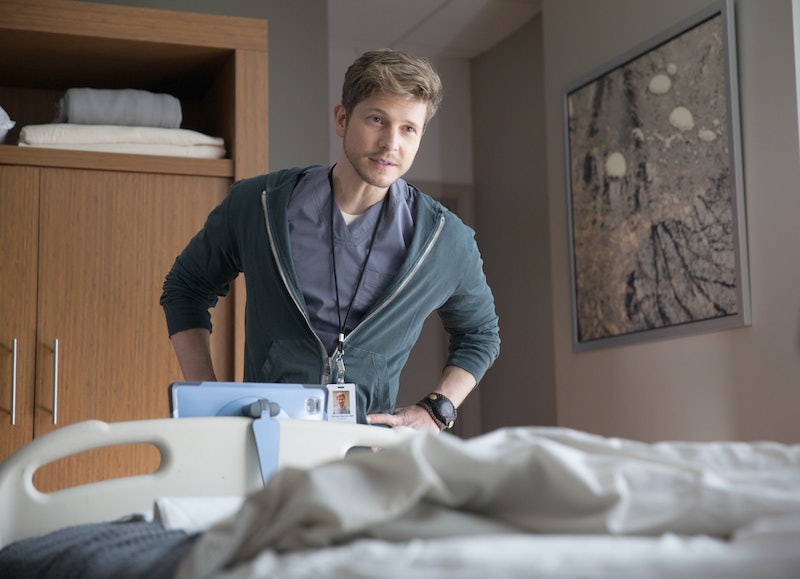 The newest medical drama to hit the airwaves is The Resident (co-creator and writing: Hayley Schore), premiering on FOX Jan. 21, and starring Matt Czuchry as Dr. Conrad Hawkins. (Also knows as Logan from Gilmore Girls.) His character seems to be one of the most interesting for a number of reasons. But is Conrad Hawkins from The Resident a real person? The show certainly aims for realism.

The new series is trying to be an authentic and in-depth look into medicine in the United States. According to a press release from FOX, it will focus on a the final years of residency of Czuchry’s character Dr. Hawkins. Beside him will also star Emily VanCamp, Manish Dayal, and Moran Atias, among others. In an interview with Parade, Czuchry tried to put the premise of the show into his own words. “We’re showing the complexities of what it means to be a part of the health care system,” he said. “Whether that be the business of health care, losing patients or the difficult decisions doctors make. We’re taking the genre and peeking into it in a different way.”

While his character is not based on any specific real-life doctor, the fictional Dr. Hawkins will feel real within the highly-realistic setting of The Resident (series writing: Amy Holden Jones, Elizabeth Klaviter, Nkechi Okoro). In a promotional trailer, Czuchry revealed that he wanted to play Hawkins because of his caring nature, even though his character may also come off as a bit arrogant. “We kind of see this guy who’s a hero for the little guy,” Czuchry said in the video below. “That was something I really responded to in terms of this character in a big way.”

That’s not all the information that’s available though. Looking through the The Resident’s (film editor: Nicole Vaskell) official Instagram page reveals a few specific posts concerning Czuchry’s character. One of the first is a photo of Dr. Hawkins. While the other characters also got superlatives like “The Realist,” “The Veteran,” and “The Rookie,” the superlative associated with Hawkins was “The Maverick.” The caption on that post read: “Will Conrad Hawkins save lives by breaking the rules?”

Clearly, Dr. Hawkins will serve as a rather extreme character who wants to do things his way. That attitude is further established in other photos where Hawkins’ is shown in several pictures to not be wearing a white doctor’s coat... but instead, a green shirt.

And can you truly be a so called “maverick” without a tattoo or two? Apparently not, as a pair of additional Instagram posts show that Dr. Hawkins has at least two tattoos. The first, is a caduceus on his forearm, which is a symbol depicting a rod and wings with a pair of snakes. In the US this is a symbol often associated with medicine.

The second tattoo is text written across his shoulders on his back that reads: “Death Before Dishonor.” These tattoos show that medicine, and the work of saving others is extremely important in his life, even if he has to break rules to do it. (In that case, her certainly strays from real life doctors who are supposed to adhere to strict rules and codes.)

While he may not be based on any real-life hero doctors, perhaps things can work the opposite way. Who knows? Maybe his character will inspire someone to become a real-life hero and save someone through medicine. Just hopefully by sticking to all the real world rules and regulations. Doctors in America shouldn't just be going rogue, you know? Though it certainly does make for good TV.