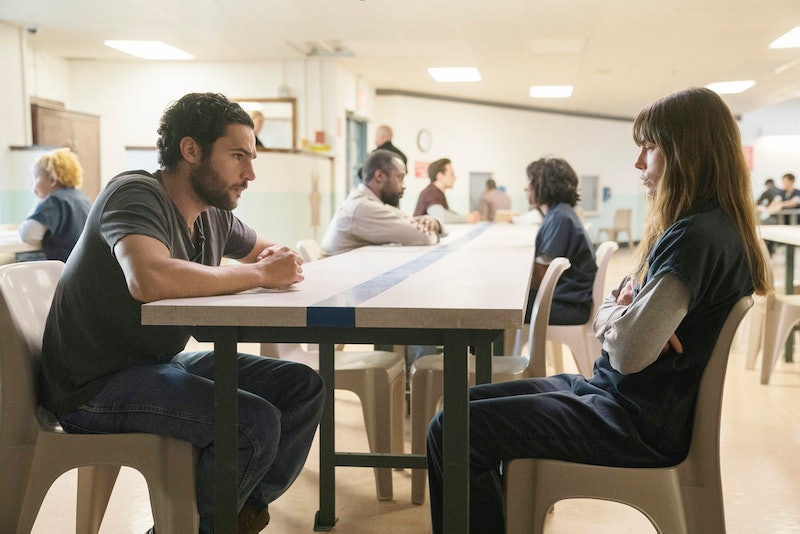 When your series begins with a woman stabbing a man in broad daylight in front of hundreds of witnesses, you're not really crafting a "whodunnit" so much as a "whydunnit." So why did Cora murder that man on the beach? It would be helpful if The Sinner is based on a true story, so that viewers could understand the motivations of the violent woman played by Seventh Heaven actress Jessica Biel. Does the solution to the show's mystery lie in the accounts of a real-life crime?

These days, it can be pretty difficult to separate the stories inspired by true events from the stories that originated in a writers room. It's no secret that television is currently obsessed with crime, with docu-series (Making A Murderer and The Keepers), true crime recreations (American Crime Story, Law & Order: True Crime), and original crime stories (True Detective, American Crime) flooding the airwaves, blurring the line between fact and fiction. So which kind is The Sinner?

Well, unfortunately for the more impatient, viewers will have to wait for The Sinner to unspool the solution to its own mystery, since the USA series is not based on the events of any real-life murder. But even without any actual historical context, there is one way viewers could find out why Cora "dunnit" before the finale airs in eight weeks.

That's because, while The Sinner may not be based on a true story, the series is based on something; that would be the 1999 novel of the same name by German author Petra Hammesfahr. In reviews for The Sinner, Hammesfahr has been compared to American authors Stephen King — for her bestseller status in her native country and the book's compelling, bloody mystery — and Patricia Highsmith (Strangers On A Train) — for her psychological insights into a dark and disturbed mind.

If audiences don't want to wait eight episodes to find out what caused Cora to snap and stab a stranger to death, they can pick up a copy of Hammesfahr's novel and probably get through its 400 pages faster than the show will unravel its mystery. However, Biel (who produces the series in addition to starring as the enigmatic Cora) would rather you didn't. She thinks viewers should "definitely" watch the series first, as she told audiences at a screening of the pilot episode at the Tribeca Film Festival this April.

Of course, Biel does encourage fans to read Hammesfahr's novel… eventually. "When I read the book, every step of the way for me was a shock — and I feel like nothing can shock me anymore," she raved about her show's source material at Tribeca. "I've seen it all. We all have seen it all in a sense, but every time there was a surprise, it was a genuine surprise for me. That felt incredibly rare." Biel just wants audiences to be surprised by her show first, of course.

However, just because the first season of The Sinner isn't based on a true story doesn't mean the series will never pull from real-life events. While Season 1 will be a close-ended story, when USA first announced the existence of the series the network advertised it as an anthology, the "first installment" of which would an adaptation of Hammesfahr's novel. If The Sinner does get renewed, it remains to be seen what USA has planned for subsequent installments: an adaptation of Hammesfahr's next mystery, The Lie? A season based on a mystery novel by another author? A story based on real-life events? Or something entirely original?

The future of The Sinner is just as big of a mystery as the question of what drove Cora into a homicidal rage. Audiences will just have to stay tuned to find out.