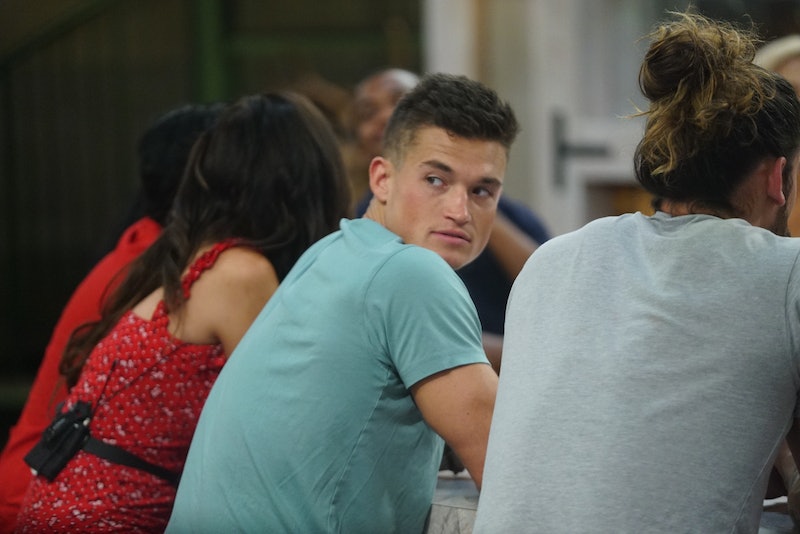 Big Brother 21 doesn't really know how to do alliances right. Every time one gets made, it crumbles almost immediately. Even the Six Shooters alliance on Big Brother 21 may be coming to an end. Christie got upset with Jackson aka Michie on the July 24 episode, and she made it seem like she'd potentially be gunning for him soon.

Her frustration with him came after he won the Veto. Michie wanted Christie to activate her power, which would have allowed Michie to pick his own replacement nominee for the block. He wanted to put up Bella. But Christie wasn't so sure she wanted to use her power during a week where she wasn't even in danger. She gets it for two more weeks, and she didn't necessarily want to throw it away. Meanwhile, Michie just assumed that she would for the good of the alliance.

Christie didn't really let on to Michie that she was mad at him, and she finagled a deal with Cliff that let her keep the power and also get Bella on the block, but Christie let the Diary Room know her true feelings about Michie moving forward.

"[Michie is] making my blood boil," Christie told the DR after the conflict over her power. She added that he was getting under her skin and said, "He is selfish ... He needs to watch his step."

Currently, Christie and Michie are both in the Six Shooters alliance with Tommy, Jack, Sis, and Holly. But could Christie take a shot at her own team? It wasn't just the power debate that upset her recently with regards to Michie. On the live feeds, Christie voiced her opinion on Michie's decision to throw a rogue vote in the Nicole/Jess eviction. "If he is such a team player, and he did that rogue vote for the team, why am I finding out about it a week later?" she complained to Cliff.

From the sounds of it, Michie could even be her next target after Bella and Nick are gone. That means in potentially two more weeks, viewers may see Six Shooters implode on themselves because of Christie.

Ultimately, all alliances have to end as the game narrows down. But it sounds like Christie doesn't plan on waiting until the Six Shooters are down to the Final 6 to take a shot. She's previously voiced that she doesn't want to go to the end with two couples, because she knows she'll always be on the chopping block first. That means that she'll have to break up Michie/Holly and Jack/Sis before the Final 5 so that she doesn't get sent home fifth.

Christie probably won't take a shot at Michie until at least Bella and Nick are gone, and possibly even Sam. But in two to three weeks, fans could witness the end of the Six Shooters. And for everyone whose wanted Michie to leave for a while now, that time can't come soon enough.