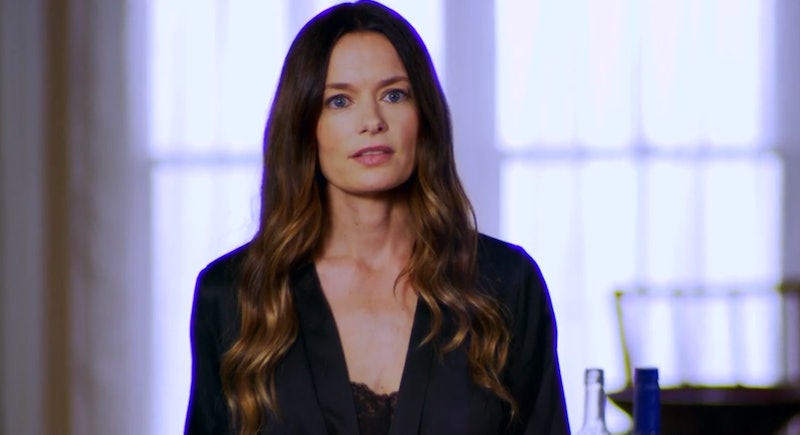 Lifetime has made a movie franchise about the wrong people with movies like The Wrong Son, The Wrong Man, The Wrong Woman, and The Wrong Friend. Now, the network is back at it again with The Wrong Affair, which isn’t based on a true story but has all the sordid details of a real-life deadly attraction. Per Lifetime’s description, Gina Holden portrays Stephanie Petersen, a mom of two going through a rough patch with her estranged husband and struggling with her writing career. In classic movie fashion, she gets swept off her feet by a young, hot guy named Brady and suddenly has all the, ahem, motivation she needs to start a new book. There's nothing like a spicy secret to get the creative juices flowing, right? Consider me hooked.

Things start to get messy when Stephanie and her husband decide to fight for their marriage, which leads her to end the affair with Brady. She wants to keep their fling on the low, but Brady goes into stalker mode and inserts himself into her life in disturbing ways, including dating her daughter and becoming friends with her husband. Yep, it’s a twisted plot but isn't this type of drama why you turn down plans on the weekend to curl up in front of the TV with a blanket? Lifetime knows what you want, and it is most definitely this.

In the end, Stephanie has to reveal her dirty deeds to protect her family from Brady. It wouldn’t be a Lifetime flick without an intense fight for freedom, so be prepared to see Stephanie’s husband get conveniently knocked out so she’s forced to fight Brady on her own. Someone will probably die, and it won't be Stephanie because the protagonist always prevails in these fictional flicks. Oops, was I supposed to say that?

The Wrong Affair trailer gives the story a little more context with some pretty disturbing peeks into this messy situation. Stephanie meets Brady (who’s not hot enough for all this drama, tbh) at a bar and he lays on the charm, but she says he’s too young. This is immediately followed by them kissing in a hotel room and winding up in bed together. Well, that escalated quickly. Stephanie falls asleep and Brady suspiciously whips out his phone to snap a photo of her, which ends up in her husband’s email.

Stephanie later breaks up with Brady and assures him that he will find someone his own age. Brady uses her dating advice in the creepiest of ways by making moves her daughter. He also takes up typical creepy ex-boyfriend activities like standing in thin bushes while wearing all-Black and inexplicably popping up in random places. Seriously Brady, it’s the middle of the day so everyone can see you being a total weirdo.

See what I mean? Speaking of weirdness, the trailer is a bit concerning because Brady looks like a teenager and Stephanie appears to be at least 35. Hopefully that's not the case, but at least this movie isn't about a real life affair. How will Stephanie stop Brady from further wreaking havoc on her life? Who will survive this melodramatic movie? The only way to find out is by tuning in on Nov. 9 at 8 p.m. ET.